Top 5 on Fin24: #GuptaLeaks and the Bank of Baroda, rand traders betting on Zumexit

Cape Town - A roundup of Wednesday's top economic and finance reads on Fin24. 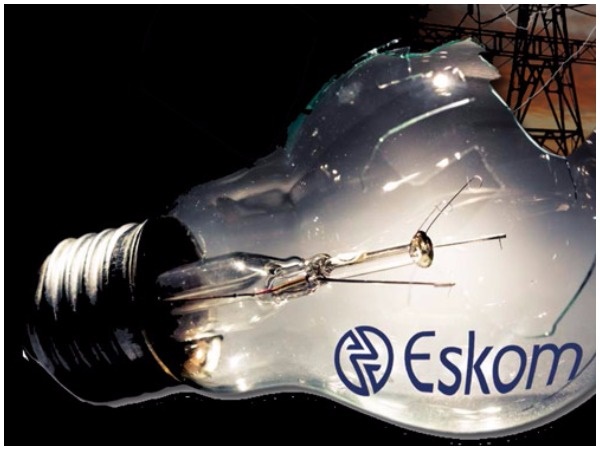 The Public Investment Corporation's R5bn bailout to struggling power utility Eskom may have violated the PIC's investment mandate, according to the Democratic Alliance.

Alf Lees, DA spokesperson on finance, argued on Wednesday that the PIC investment mandate bars it from investing in non-investment grade assets. The power utility has been downgraded several times in the last months.

The rating remains under review for further downgrades. The B1 rating indicates a "highly speculative" rating description, and is the fourth rung of non-investment grade debt.

The PIC invests on behalf of and manages the assets of the Government Employees Pension Fund.

All eyes on SA as rand traders bet on Zumexit The rand, the world's best performing currency in the previous session, was off to a firm start as traders bet on President Jacob Zuma stepping down on Wednesday at the earliest.

The local currency, along with most other commodity currencies, clawed back some losses as US bond yields eased somewhat after hitting four-year highs on Monday amid a global sell-off in equities, reports NKC Africa Economics.

On the political front, an ANC decision to postpone the State of the Nation Address heightened speculation that Zuma would be forced to step down as head of state.

#GuptaLeaks: How Bank of Baroda's misadventures dragged it into SA's political crisis In June 2017, an anodyne footnote to the Bank of Baroda’s quarterly results mentioned a fine levied by the South African Reserve Bank, headquartered in Pretoria.

The sum - Rs 5.45 crore (R11m) - was insignificant for an institution the size of BoB. No further details were given; the penalty passed unnoticed in India.

But in South Africa, the SARB’s actions suggested BoB’s involvement in the “State Capture” scandal: an avalanche of allegations that President Jacob Zuma was under the sway of three three brothers from Uttar Pradesh - Ajay, Atul, and Rajesh Gupta, collectively known as “The Guptas”.

As the scandal continues to unfold, BoB’s role as the Gupta family’s banker of choice for their most controversial deals, has attracted increasing attention from South African regulators, investigators and the press.

Hawks meet with Steinhoff leadership, but no charges yet against Markus Jooste

Priority crime investigating unit the Hawks has met with Steinhoff leadership to discuss suspicions of fraud committed by the group's former CEO Markus Jooste, but no charges have yet been laid against the SA businessman.

Hawks spokesperson Hangwani Mulaudzi told Fin24 on Wednesday morning that the directorate had met with the chairperson of Steinhoff’s audit committee and director Steve Booysen on Friday to discuss a Steinhoff document that outlined the firm's suspicions that Jooste had committed offences under the Prevention and Combating of Corrupt Activities Act.

“No charges [have] been laid, it’s just a report that they gave us…dockets have been opened which are still under investigation”, Mulaudzi said.

The National Prosecuting Authority will need to conduct a preliminary investigation before anything further can take place. Eskom has made a commitment that it will ensure suspended executive Matshela Koko receives a fair disciplinary process for the four new charges he faces, and that the previous hearing will be investigated to determine if it had been a “sham”.

The power utility argued in the Labour Court on Tuesday that Koko’s application to challenge an earlier ultimatum issued by the parastatal that he either resign or be fired was misplaced, and should have instead been taken to the Commission of Conciliation, Mediation and Arbitration (CCMA) as the Labour Court should only be approached as a last resort.

In a replying affidavit to Koko’s application, newly appointed Eskom Group CEO Phakamani Hadebe said Advocate Nazeer Cassim will chair the internal disciplinary process. He added that the parties met on Monday to discuss the modalities of the hearing.