Kuala Lumpur – An interstate bus in Malaysia carrying passengers from Singapore and Myanmar careered off a highway early on Saturday, killing 14 people and injuring 16 others, officials said.

The bus, heading from southern Johor state to the capital Kuala Lumpur, went off the road in the wet before rolling over and ending up in a deep ditch, said Mohammad Yusof Mohammad Gunnos, deputy director of the fire and rescue department.

The incident happened in the early hours in Johor state. Details of those killed were not immediately known, he said, adding that the injured were being treated in the Muar district public hospital.

"This pre-Christmas tragedy is so far the most horrific accident in Johor state for 2016," he told AFP. 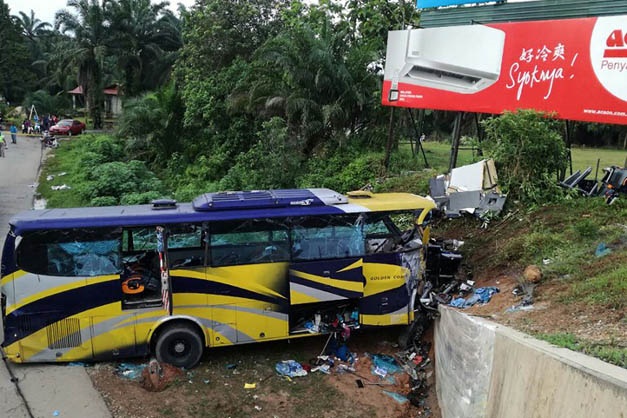 Deadly road accidents are common in Malaysia despite efforts to crack down on poor driving, especially during festive seasons when people return to their home towns.

We live in a world where facts and fiction get blurred
In times of uncertainty you need journalism you can trust. For only R75 per month, you have access to a world of in-depth analyses, investigative journalism, top opinions and a range of features. Journalism strengthens democracy. Invest in the future today.
Subscribe to News24
Read more on:
malaysiacrashesaccidents
Newsletters