Johannesburg - The Spanish manufacturer of Prasa's controversial Afro4000 locomotives failed to disclose payments of over R75m made to a former colleague and "friend" of the embattled state-owned company's former CEO, after National Treasury asked the European rail company about its financial ties with local "subcontractors" and "partners".

News24 can today reveal that Vossloh España, the supplier of the ill-fated trains to the Passenger Rail Agency (Prasa), paid altogether R75m to S-Investments, a company whose sole director is Makhensa Mabunda, a former government official and erstwhile colleague of Lucky Montana, Prasa's former CEO.

The payments, which were made between 2014 and 2015, came after Prasa in 2012 awarded a R3.5bn contract for 70 new locomotives to Swifambo Rail Leasing, a local company that was set up only a year before Prasa first advertised the tender.

Swifambo, which had no track record in the rail industry, procured the trains from Vossloh España after it had won the tender.

News24 has seen documents confirming Vossloh España's payments to S-Investments. The documents relate to an investigation into Prasa's tenders and contracts that was instituted following a recommendation by former Public Protector Thuli Madonsela in her 2015 report into Prasa's financial affairs, Derailed.

The Valencia-based manufacturer labelled the payments as fees for "management consulting services" and "architectural, engineering and other technical services", the documents show. The total of R75m was paid in four tranches between February 2014 and October 2015.

News24 has also seen correspondence between Treasury's procurement division and Stadler Rail Valencia that deals with Vossloh España's payments to companies and individuals in South Africa.

Vossloh España changed its name to Stadler Rail Valencia after it was acquired by Swiss company Stadler Rail in 2016. 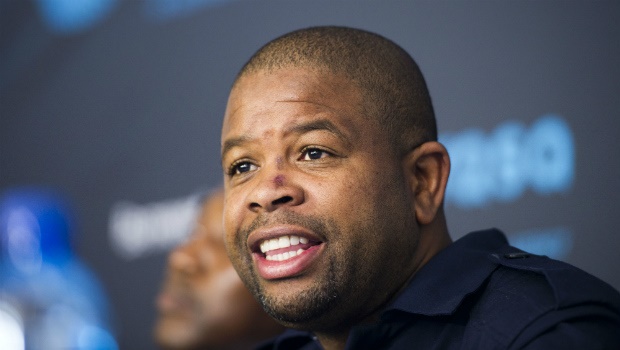 "According to our information, payments of just under 6 million Swiss francs (the R75m payment to S-Investments) did not exist," Winder told the Tages-Anzeiger, a Swiss newspaper with which News24 is collaborating on this issue.

Winder added that Stadler was well aware of the ongoing issues around the Prasa deal when Stadler bought Vossloh España. For that reason, Stadler obtained a liability guarantee from Vossloh for any possible misconduct, "for which there is currently no evidence", Winder told Tages-Anzeiger.

Mabunda, however, did not deny that his company had received R75m from Vossloh España. He refused to discuss the payments in detail.

Stadler Rail's comments are also contradicted by the detailed information on Vossloh España's payments to Mabunda's company, as seen by News24.

The latest revelations about Vossloh España's payments come in the wake of earlier reports by Rapport and News24 that Swifambo itself had made suspicious payments related to the locomotives deal. The company paid roughly R80m to an Angolan businesswoman who called herself a friend of President Jacob Zuma and to a local lawyer who'd introduced himself to Swifambo's managing director as a fundraiser for the ANC.

The payments made by Vossloh España to Mabunda's S-Investments, along with Swifambo's above-mentioned payments, appear to provide credence to claims that the tender was accompanied by alleged bribes or kickbacks.

Prasa's contract for much-needed new locomotives first made headlines when Rapport revealed that the Afro4000's were too tall for South Africa's rail network.

There are several indications that Mabunda, who is not registered as a director of Swifambo, was the mastermind behind Swifambo's bid to become Prasa's locomotives supplier. Mabunda has previously denied this assertion.

In earlier papers filed in Prasa's successful court application to have the tender set aside, it was alleged that Swifambo's managing director, Auswell Mashaba, received instructions from Mabunda to set up Swifambo. Mabunda allegedly told Mashaba that he was a friend of Montana. Papers filed in the same court case also showed that someone from the S Group, another of Mabunda's companies, picked up and signed for the Prasa tender documents on behalf of Swifambo.

It was also in this court case in which it was alleged that Mashaba paid about R40m to George Sabelo, a lawyer with ties to President Jacob Zuma's family who was allegedly introduced to Mashaba as a "fundraiser" for the ANC.

News24 has subsequently established that the relationship between Montana and Mabunda goes back to at least 2002, when the two were both officials in the Department of Public Enterprises (DPE).

Mabunda was the DPE's director for financial performance whilst Montana was its director for parliamentary services and stakeholder liaison, according to the department's 2002-'03 annual report.

Apart from Mabunda's Spanish windfall, companies under his control also scored tenders from Prasa worth more than R5bn during Montana's tenure as CEO.

Mabunda did not want to discuss the payments S-Investments received from Vossloh España in any detail.

"My companies do a lot of work for international companies," said Mabunda.

He confirmed that he knew Montana from their days working as DPE officials.

"The media has been writing a lot of incorrect things about me and my companies, so I am not going to speak to the media any more. You guys can write what you want," he told News24.

Montana could not be reached on his cellphone. He did not respond to text messages sent to him.

Prasa and Treasury indicated that they would respond to News24's queries before our deadline, but both failed to do so.

Do you have information for our investigative journalists? Send an email totips@24.com

We live in a world where facts and fiction get blurred
In times of uncertainty you need journalism you can trust. For 14 free days, you can have access to a world of in-depth analyses, investigative journalism, top opinions and a range of features. Journalism strengthens democracy. Invest in the future today. Thereafter you will be billed R75 per month. You can cancel anytime and if you cancel within 14 days you won't be billed.
Subscribe to News24
Read more on:
prasalucky montanatendersgovernment spendingcorruption