Share
Cape Town - Despite the widespread use of online banking applications, a security company says that the risk posed by malware puts more users off using the service.

According to a survey conducted by Kaspersky Lab and B2B International, around one third of users do not feel safe when conducting financial transactions on smartphones and tablets.

The survey revealed that an additional 28% of smart device users do not feel comfortable engaging in financial transactions on the platform.

Only 22% of tablet and 27% of smartphone users are unconcerned about entering financial information from their gadgets.

The survey highlights the risk to expanding digital platforms as financial institutions increasingly shift toward online methods to deliver services to consumers.

Retailers are also warming up to online platforms, and despite growth in online transactions, the base is still low compared to traditional processes.

Some estimate that e-commerce transactions are growing at 12.95% a year and as more people adopt smartphone technology and data costs decline, it is expected that the growth rate will escalate.

Goldman Sachs reported in 2011 that global e-commerce sales would reach $963bn this year and grow at 19.4%.

But the rise of digital will not kill off the traditional banking branch just yet. 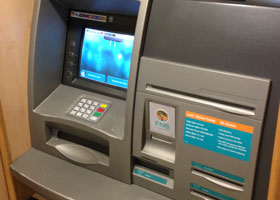 "I don't think the branch will die in its entirety, however the composition of what a branch is, is definitely going to migrate to more self service capability," Lee-Anne van Zyl, First National Bank Online Banking CEO told News24.

According to the Mobility 2014 research study, conducted by World Wide Worx with the backing of FNB, the number of users who make use of digital banking platforms has jumped.

"One in 10 banking customers are now using apps, and that number is still rising fast, which vindicates our strategy of expanding our offerings as the market's use of these tools evolves," said Dione Sankar, head of Cellphone Banking and Messaging at FNB.

As smartphones gain in popularity, the population may pivot toward increased use of digital solutions, but the security of the platform would need to be managed in order to give consumers confidence.

Security, according to FNB is paramount in its programme to roll out digital channels, but the bank cannot control what applications on smartphones may compromise financial security.

"That's the balance we always try and strike: You must have security as a bank, but the inconvenience can't be too high. We monitor that actively and the main thing to say to customers is guard your PIN numbers and password as if that is cash," said outgoing FNB CEO Michael Jordaan.

Kaspersky said that in 2012 it found more than 35 000 malware samples dedicated to exploiting Android, the most popular mobile operating system. By June 2013, that had escalated to 47 000.

The Kaspersky survey reported that some 13% of smart device users said that they would not use their tablets or smartphones for banking because of the security threat.


- Follow Duncan on Twitter
We live in a world where facts and fiction get blurred
In times of uncertainty you need journalism you can trust. For only R75 per month, you have access to a world of in-depth analyses, investigative journalism, top opinions and a range of features. Journalism strengthens democracy. Invest in the future today.
Subscribe to News24
Read more on:
kaspersky labfnbonline privacycybercrimee-commerce
Newsletters

Lucky Sunday for 3 Daily Lotto players
Full list of lottery results
Lockdown For
DAYS
HRS
MINS
Voting Booth
The EFF has voted with the DA to ensure they now govern Johannesburg, Tshwane and Ekurhuleni. Was this:
Please select an option Oops! Something went wrong, please try again later.
A brilliant strategic move by the DA not to make formal coalition agreements
24% - 1978 votes
A brilliant strategic move by the EFF to force the DA to negotiate with them
16% - 1335 votes
A recipe for disaster and five more years of unstable local government
60% - 4961 votes
Previous Results
Podcasts
PODCAST | The Story: New era in South African politics dawns - leaving ANC to lick its wounds