Adorable pup with misshapen face just wants someone to love him 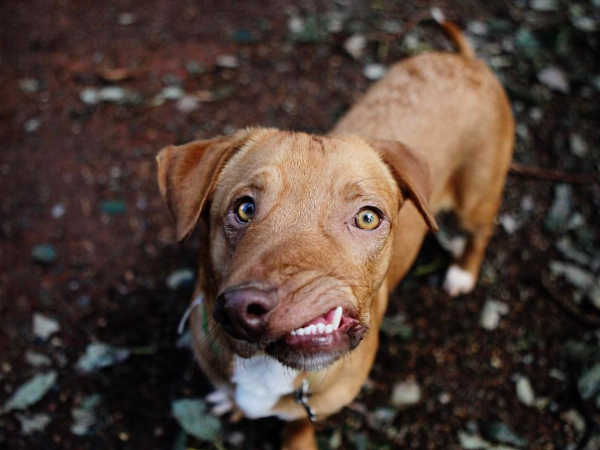 The pup from California in the US, a corgi pitbull-terrier mix, was bred by an unlicensed dog breeder and was born with his strange facial deformity that meant no one wanted to adopt him.

So the breeder dumped him at a center for unwanted dogs.

Read more: Man’s brutal response to cheating ex-wife who tried to leave with the dog

He was going to be put down but thanks to generous souls at an animal welfare organisation he will hopefully soon have a new face -- and a home.

Oregon-based animal rights organisation Luvable Dog Rescue decided to take in Picasso and his brother, Pablo. They are also arranging for Picasso to have an operation to repair his face, after which he will find a new home.

"I was talking to volunteer Shannon Corbit about the dogs we were receiving and just happened to ask her out of the blue if she had any unusual-looking or special needs dogs," Liesl Wilhardt, executive director of the rescue, told The Dodo.

"She responded, 'Well, as a matter of fact, I do!' and she sent me Picasso’s shelter intake photo. He was curled in a dog bed, and looked very sad. His twisted face was startling, but he had soft and gentle eyes, and for me it was love at first sight!"

After his photo was shared online, Picasso, who has a very loving nature, gained widespread attention.

Soon the organisation was inundated with requests to adopt him AND his brother. As soon as he’s recovered from his operation, Picasso will finally move to his forever home.