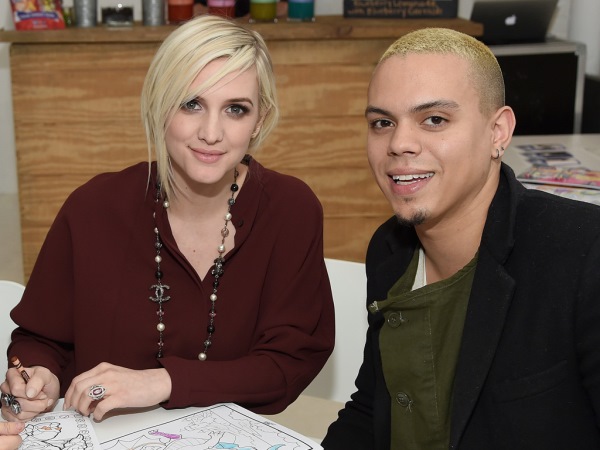 The family have so far kept their new arrival under wraps, but decided to give her a public introduction with a cute picture posted on Instagram.

In the snap, Jagger is seen wearing a white tutu-style dress as she is cradled by father Evan, in a white shirt. Ashlee, meanwhile, stares adoringly at her husband and baby daughter, while looking stunning in a kimono style top with a black choker around her neck. “Jagger Snow Ross !! We love her so much!!! She is beyond everything!!! I have the best baby daddy @realevanross In the world. Love you,” Ashlee captioned the shot.

Jagger Snow Ross !! We love her so much!!! She is beyond everything!!! I have the best baby daddy @realevanross In the world. Love you

Evan also shared the same picture on his own Instagram page, writing: “Jagger Snow Ross ! Everyone!!!!! Everyday has been the best day!!! such a wonderful blessing. Love you @ashleesimpsonross best mommy in the world!”

Evan recently opened up about his new family. In an interview with ET Online, Evan admitted that the way in which he previously lived his life was an entirely “wrong” approach.

"I've been wrong a long majority of my life," he said. "The biggest thing in this world is in love. I'm so in love. I love my daughter, I love my wife. She's given me the best gift in the world. I'm very lucky."

Ashlee is already mother to six-year-old son Bronx with her ex-husband Pete Wentz.

The singer previously revealed that Bronx was more than a little excited about having a sibling.

“He's excited that it's a girl. He thinks it's cute - the tea parties - she'll be adorable."

Ashlee and Evan got married in August last year and announced she was expecting in December.