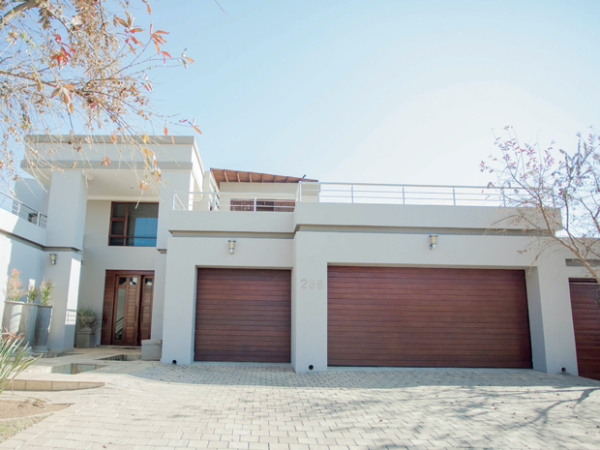 In August, YOU journalist Alet van Zyl was given an exclusive tour of the Silverlakes house where Oscar Pistorius shot and killed Reeva. It looks like any other day on this Pretoria estate – cars pass, children ride their bikes or skateboards and occasionally a dog barks. But at one house there’s no sign of life – even the stagnant water in the pool has turned an ominous dark green. The pool has gone green after months of neglect. PHOTO: Martin de Kock

This was the home of Oscar Pistorius in Silver Woods Country Estate, where he shot Reeva Steenkamp on 14 February 2013. It was sold recently to mining consultant Louwtjie Louwrens and YOU was given an exclusive look around the 740 m2 property.

The heavy wooden door swings open to reveal an empty interior. The first thing that catches your eye is the now-familiar white tiled staircase  down which Oscar carried Reeva after inflicting several gunshot wounds on her in the bathroom of the main bedroom. At the bottom of the stairs where he laid Reeva down and apparently prayed out loud for her not to die the polished tiles feel rough to the touch. The chemicals used to remove the bloodstains have eaten into the surface of the tiles. Other signs of the tragic events of that night are in the bathroom – the tiles are pockmarked with small bullet holes. The house, which remained furnished until a month ago, is now bare. Two car magazines, a wedding invitation from Oscar’s cousin, Nollie Pistorius, for Saturday 9 March 2013, and a funeral leaflet are the only signs the Paralympian ever lived here. 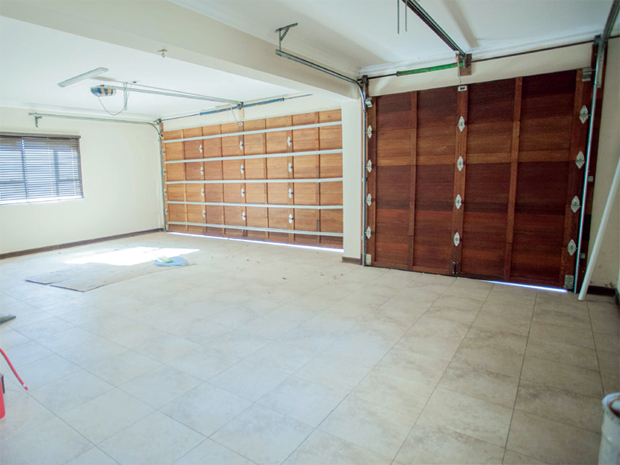 The three garages where his luxury cars were parked are empty and the area where he kept his motor boat behind heavy wooden gates is piled high with bags of garden refuse. The previously pale yellow interior of the house has a fresh coat of grey paint and all that remains before a new chapter in its history can start is the replacement of the bathroom tiles and the cleaning of the pool and fish ponds. Evidence in court was that Oscar reached for his gun under the bed in the main bedroom. PHOTO: Martin de Kock

The house was bought by Louwtjie, joint owner of Thamani Mining Consultants, for R4,5 million – a bargain compared with what other houses  in the area are going for. Louwtjie, who lives in Boksburg, Gauteng, with his doctor wife, Joey, final-year medical student son Niël and  daughter Joey, who’s in Grade 11, says he had three reasons for buying the house.

Firstly he feels sympathy for Oscar. “Only he knows what happened that night. But whether he’s guilty or not, for a successful guy like him it must have been a bitter blow to end up where he is now.” Secondly, media coverage of Reeva’s death caused him to be impressed with the estate’s excellent security. “I saw on TV none of the houses has  burglar bars and except for the incident at Oscar’s house there had never been any other crime incidents at the estate,” he says over hot chocolate at a shopping centre near his home in Jansen Park. Reeva collapsed beside the toilet pan. Police markings can still be seen in the corner. PHOTO: Martin de Kock

His job requires him to travel to various countries in sub-Saharan Africa, where Thamani is involved in undertakings from mine prospecting to improving the production and cost-effectiveness of established mines, and when he’s away he worries about his family’s safety. A year ago  criminals broke down three security gates to steal all the electronic equipment in their home. Louwtjie then decided they would move to a safer area when wife Joey retires in a year.

Thirdly, he credits the charming estate agent and attorney Oscar appointed to handle the sale. He bought the property during a closed bid,  which means that before he put in a bid estate agent Ansie Louw sent him the floor plans and he was able to look around the house for a few  minutes before bidding started.

But he was disappointed when he finally walked into the family’s new four-bedroom, four-bathroom house, Louwtjie says. “It has a lot of water damage and needs plenty of work.” “There is nothing terrible about staying here. It doesn’t bother me,” nerw tenat Christo says. PHOTO: Martin de Kock

Christo Menelaou, a building contractor and a friend of Oscar who lives on the estate, was appointed to repair the damage. He says setting  things right will cost about R150 000. He and his team were fixing cracks on the outside of the house when Oscar still lived there. Oscar had  wanted the maintenance done because he’d planned to sell the house.

He’d bought a house in Atholl, Johannesburg, and was planning to move there. “The plan was to repair the water damage on the inside once he’d moved out.”

Menelaou will be renting the house in the meantime. “There is nothing terrible about staying here. It doesn’t bother me.” Walking through the front door the first time after Reeva’s death was “weird”, he concedes. “All the furniture was still here. I felt sad. I miss my friend and all the good times and laughs we had in the house.”

Louwtjie says some of his friends believe buying the house is the biggest mistake he’s ever made. “One of our friends even says she’ll never visit us there,” he says with a laugh. He thinks there might be a stigma attached to the house but in time it will disappear because the estate is sought-after. “I’m just an ordinary guy who’s prepared to do anything to ensure my family is safe.”