Joost and Amor: Explosive tape leaked – but it’s been manipulated, she says 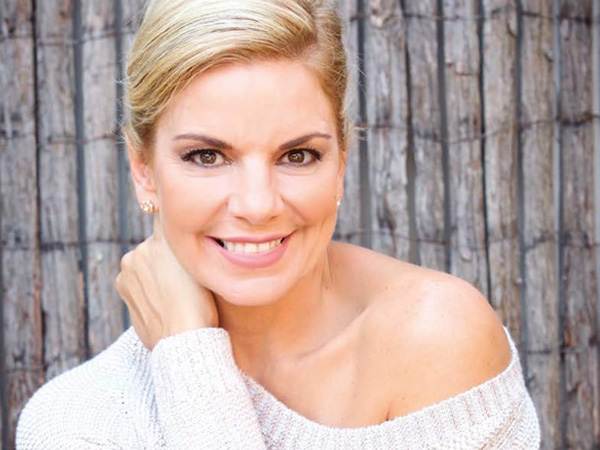 The tape, which forms part of a video leaked to YOU, is allegedly of a phone call between the singer and Joost before his death to motor neuron disease (MND) on 6 February. The recording has been brought to the attention of Amor’s legal team.

Approached for comment, Amor says she believes the “recording has been manipulated to make me look as mean as possible.

“The person or people behind it want to destroy my career, my reputation and my kids. They want to inflict optimal damage. It’s an effort to destroy me. They want me to lose everything I’ve worked and fought for my entire life in an instant.”

“You know what? It isn’t even about destroying me or my career. It was just downright illegal.”

She admits her voice can be heard in parts of the recording but believes this is as a result of recordings made over a period of time and edited together or even faked.

It’s not known who made the video, most of which is in Afrikaans.

“Amor Exposed” is a two-minute, 15-second long video that begins with dramatic music and footage of an emotional Amor at Joost’s memorial service at Loftus Versfeld in Pretoria.

Across the images are the words, “At his funeral she spoke of love . . .” and cuts to footage of her heart-rending eulogy.

Then more words appear on the screen, “But in reality this is how she spoke to him . . .”

Then the voice recording follows:

Amor: Shut up you f*ck. You’re in a wheelchair, little boy. You can’t do anything for yourself. You can’t pee yourself.

I don’t need you in my life. You’re such a low-life a**hole.

Geez, I wish I didn’t marry you.

Because I have a great relationship, with a great man.

There you have it.

Amor has long maintained she supported Joost throughout his battle with MND. Last month she told YOU, “While we were busy with the divorce Joost suddenly became ill. I just thought, how could I go ahead with the divorce while he’s dying? It goes against my moral standards. I told Joost I’d back down.

“We didn’t live together but we were connected to each other through our children. He was in my home every night in his wheelchair. He often came for a visit or for dinner and then I’d feed him.”

READ MORE: ‘You were and always will be my first love’: Heartbroken Amor’s tribute to Joost

She admits they argued sometimes and had tough times – especially after Joost’s infamous sex video exploded. Later he became so ill that it was hard for their kids to visit him. She says Joost couldn’t always understand this and sometimes accused her of keeping his kids from him.

“He’d often threaten to stop the maintenance (for the kids). But the last year of his life we didn’t speak on the phone. We’d just WhatsApp each other.”

Joost lost the ability to speak coherently in March. “Yes,” Amor says now, “I might have said I shouldn’t have married him. But what happened before that conversation? What had he told me to react like that? I believe the video was manipulated from a number of different conversations and parts of it are fake.”

READ MORE: Amor Vittone’s shocking stalker revelations: ‘My kids and I are being threatened and intimidated’

Amore continues to say she always spoke Afrikaans with Joost and she’d never, not even if she’d been drinking, have spoken to him like that. She would especially not have said:

“Because I have a great relationship, with a great man.

There you have it.

She hasn’t had a man in her life for seven years, she says. “I haven’t found love again.”

Amor says Pieter van der Westhuizen, Joost’s older brother, first brought the video to the attention of her lawyer, Sean Hefferman of LP Baartman Attorneys. “He alleges someone had sent him the video and he simply wanted to inform Sean of its existence.”

When YOU approached him for comment, Pieter denied that he’d had anything to do with making or distributing the video.