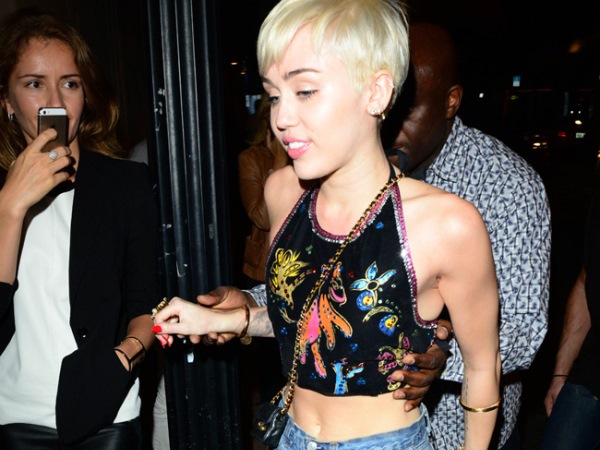 Miley Cyrus has secured a permanent restraining order against an obsessed fan. Devon Meek - who was arrested near the Wrecking Ball hitmaker's Los Angeles home on May 16 and previously claimed he would rather die than spend another day without her - must stay 100 yards away from her for the next three years. The new court order also prevents him from going near any of the venues where the blonde beauty is performing, according to gossip website TMZ.com.

'Mr. Meek stated that when he is released from the hospital, he will not stop seeking Ms. Cyrus'

Miley's lawyers obtained the permanent protection order in court on Monday after they filed an emergency restraining order last month.

Meek, (24) previously claimed that Miley was communicating with him through the radio and believed she told him that she "adores" him.

A law enforcement source said Meek, who also said he hears "screaming voices" in his head, is still undergoing treatment after initially being hospitalised under a 5150 involuntary psychiatric hold.

The insider also previously said: "Mr. Meek stated that when he is released from the hospital, he will not stop seeking Ms. Cyrus and that he will continue to go to Ms. Cyrus' residence until Ms. Cyrus accepts him or he dies."