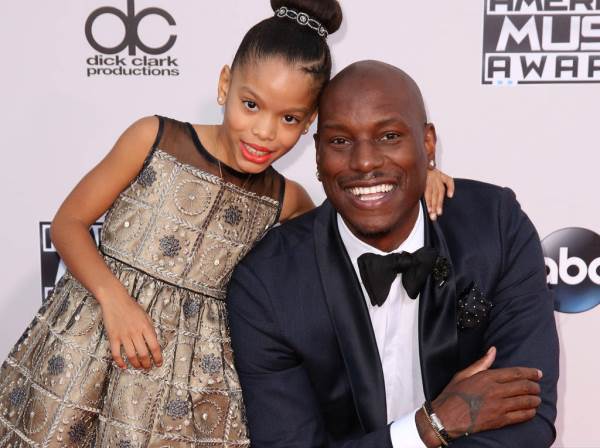 The Furious 7 star reveals young Shayla knows all about the lavish purchase, although he's not ready to share the location of the island just yet.

Tyrese made the admission during an interview with U.S. news show Entertainment Tonight on Thursday, while attending the GQ Men of the Year party in Los Angeles.

Asked what the "most lavish or over-the-top gift" he's ever given or received, Tyrese responded, "Well, I just bought my daughter an island. Can't say (where).

"She knows all about it and the island is called Love Island. I'll be putting it up on my Facebook soon."

Tyrese (36) shares custody of his little girl with his ex-wife Norma, and recently revealed he was stepping away from the music industry to become a better father following the release of his final album, Black Rose.

"I just landed more custody of my beautiful little angel and I'm at 50/50 (custody), and I got (school) pick ups and drop offs," he explained on U.S. talk show The View. "The daddy duties just went to another level..."

Elaborating on the topic during a chat with USA Today, Tyrese revealed he's declined all types of work to focus on parenting.

"The truth is, you can't be chasing a music career when you have 50/50 joint legal custody," he explained. "I've turned down nine movies and four different TV shows, including Season 1 of Empire, because I was fighting for custody."