In this revised extract from the introduction to Troubling Images: Visual Culture and the Politics of Afrikaner Nationalism, the book’s editors assess how art and design helped forge Afrikaner nationalism.

In Banal Nationalism British academic Michael Billig writes, “If the future remains uncertain, we know the past history of nationalism. And that should be sufficient to encourage a habit of watchful suspicion.”

This warning has perhaps never been truer or more relevant than in the second decade of the new millennium. It has been characterised by a marked turn towards right-wing populism and nationalism.

The historical context and circumstances underlying the rise of Afrikaner nationalism belong to a different era of international politics. But it is essentially rooted in the experience of a people who were denied social and economic power. They were people whose political and cultural agency was marginalised by the imperialist agenda.

Indeed, hindsight shows that both the imperialist establishment and the international community were slow to understand the depth of Afrikaner humiliation in the aftermath of the South African War.

Consequently, they were unprepared for the meteoric rise of Afrikaner nationalism in the first three decades of the twentieth century.

Against the backdrop of resurgent nationalist sentiments across the world, it seems opportune to reassess the mechanisms through which it established and sustained itself. This is important, if only as a reminder of the need to pay attention to the risks that are posed to liberal democracy.

Theorists in the humanities have done extensive work understanding the impetuses and effects of Afrikaner nationalism and identities. But no prior book that we have encountered has been dedicated exclusively to a critical engagement with a broad range of visual manifestations and responses to Afrikaner nationalism. The sun shines straight onto the cenotaph at noon during a public worship service held at the Voortrekker Monument during celebrations marking the Day Of Reconciliation on December 16, 2011 in Pretoria, South Africa. The words Ons Vir Jou Suid Afrika are engraved on the cenotaph. The annual public holiday on December 16 was previously commemorated as the Day Of The Vow by Boers marking the 1838 Voortrekker victory over the Zulus at the Battle of Blood River, but since 1994 has celebrated the end of apartheid. (Photo by Foto24/Gallo Images/Getty Images)

Troubling Images focuses on manifestations of Afrikaner nationalism in paintings, sculptures, monuments, cartoons, photographs, illustrations and exhibitions. In doing so it offers a much-needed critical account of the relationship between Afrikaner nationalist visual culture and Afrikaner political and cultural domination in South Africa.

Visual culture was one important mechanism for rationalising and normalising apartheid and the Afrikaner nationalist ideology that supported it. It was a domain that was multifaceted and wide-ranging. It extended from imagery accessed in private homes via print culture and television to what might be encountered in public via monuments, sculptures and art exhibitions

Apartheid South Africa was a context in which images that challenged the status quo tended to be suppressed, and their authors threatened. It also celebrated visual discourse associated with Afrikaner nationalist ideals and values.

There were limited chances for South Africans to view state propaganda through a critical outsider lens. The country’s pariah status, as well as academic and cultural boycotts, limited opportunities for international connections. The Cecil John Rhodes statue is removed at the University of Cape Town on April 9, 2015 in Cape Town, South Africa. After nearly a month of protesting, sit-ins and relentless meetings by students, the statue of British colonialist was finally removed today. (Photo by Roger Sedres/Gallo Images/Getty Images)

The impact of whiteness

White South Africans who were born and reached maturity during the apartheid years tend to recognise the full impact only with hindsight. Repeated exposure to a slanted rhetoric meant that even those who sought to criticise nationalistic views were influenced by its biases.

In an article titled How do I Live in This Strange Place? published some 16 years ago, Samantha Vice called for shame and a retreat from public life as the appropriate response by white South Africans to the horrific racial injustices perpetrated in their interests.

Though controversial, her position highlights the fact that a decade after apartheid ended people were still coming to terms with the long-term impact of its rule.

For white South Africans, this involved critically engaging with questions about their own culpability. The growth in critical whiteness studies in the new millennium is surely also tied to a need to interrogate debates in South Africa prior to 1994. And that includes its visual ones.

It stands to reason that the current retrieval of a positive blackness from decades of systematically imposed inferiority should be accompanied by a critical reconsideration of whiteness and its strategies of domination and control. 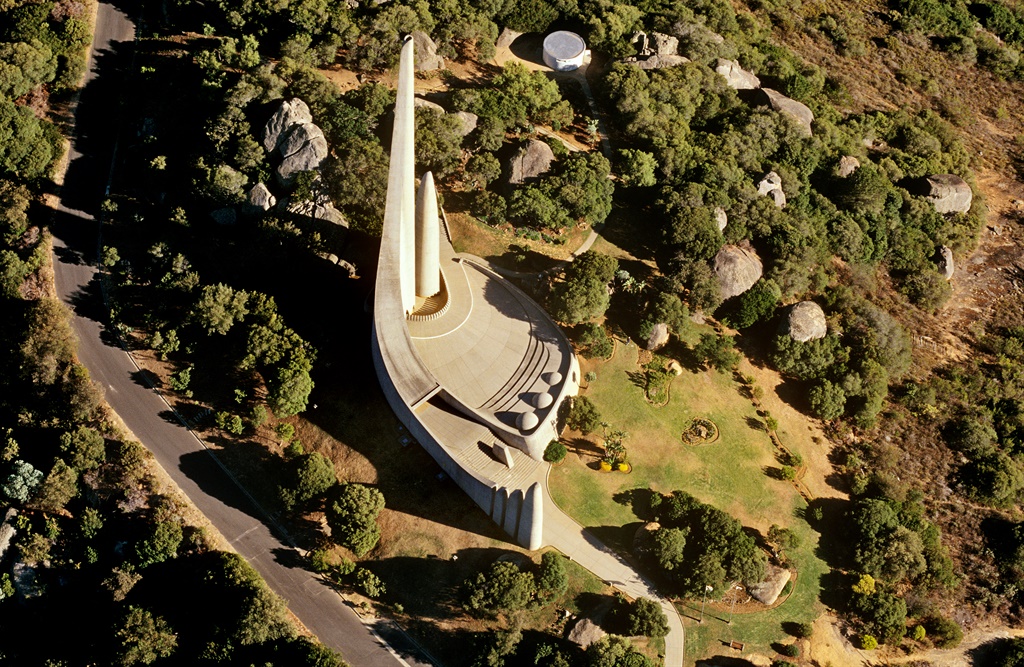 South Africa retains architectural monuments of significant scale. There’s the Voortrekker Monument in Pretoria, the Women’s Monument in Bloemfontein and the Language Monument in Paarl. Their retention can be understood in light of the National Heritage Resources Act (1999). It sought “to enable and encourage communities to nurture and conserve their legacy so that it may be bequeathed to future generations”.

But the appropriateness of this approach has increasingly been questioned. Since the removal of Marion Walgate’s sculpture of Cecil John Rhodes from the University of Cape Town, many of South Africa’s monuments have suffered some form of desecration.

In such a context, the discussion of Afrikaner nationalism and visual imagery undertaken in this book seems timely.

Troubling Images: Visual Culture and the Politics of Afrikaner Nationalism is available from Wits University Press. Order a copy over here.

We live in a world where facts and fiction get blurred
In times of uncertainty you need journalism you can trust. For only R75 per month, you have access to a world of in-depth analyses, investigative journalism, top opinions and a range of features. Journalism strengthens democracy. Invest in the future today.
Subscribe to News24
Related Links
Anton Kannemeyer says cancel culture is the new censorship
Two churches and a cricket field
Bristol protesters tear down slave trader's statue
Next on Arts24
‘12 Hours of Breathing’ and other must-sees to add to your art calendar this week