Will these arts institutions survive the coronavirus lockdown? 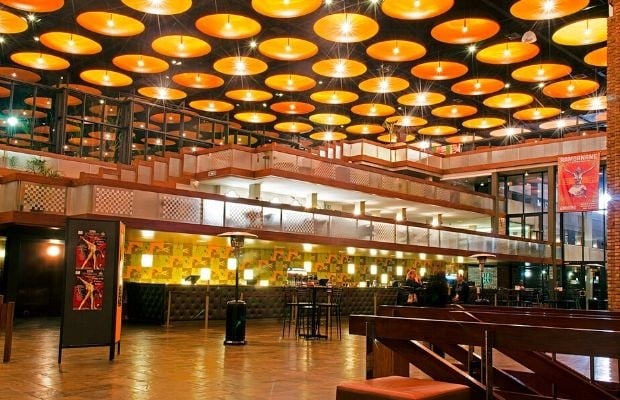 At the beginning of the lockdown, Ukhona Mlandu could not work. Email cancellations flooded her inbox. "For the first two weeks my inbox gave me heart palpitations," says the Greatmore Studios director as we chat over Skype. "Then I had to take time and be with that feeling. I had to take the time to realise that this is not just happening to me, this is something everybody is experiencing at a mass scale."

All over the country, and indeed the world, arts events from gallery openings to biennials and planned exhibitions have either been cancelled or moved online. Artists like Thenjiwe Niki Nkosi have had to launch their solo exhibitions completely online. While elsewhere, private museums like the Norval Foundation and Zeitz Mocca have taken to social media as a means of engaging audiences with recorded chats from their staff taking the audience through their collections.

The past month has been a mix of delight and frustration as the art world grapples the new normal of either cancelling events altogether or hastily trying to move everything online, so the audience can experience workshops and talks from home. Large gatherings have retreated behind the small screens of our cellphones, where time-zones and internet connections permitting, we’re granted a glimpse into the studios of renowned artists like William Kentridge, who recently did an Instagram live on the Goodman Gallery’s page. Art institutions have suffered massive financial losses, and for some, their respective futures now hang in the balance.

Imagining the future of collective gathering in the arts

But before an artist can fly across the world to participate in an art fair or biennial, they first need to produce that work. And more than that, they need studio space where they can go with producing art as their main objective. But studio space is often too expensive for emerging artists.

This is a space that Greatmore Studios is filling in Cape Town. It was started in the late 80s by a group of artists, including David Koloane, as a space where artists of different races could collaborate, share ideas and explore their artistic abilities.

Greatmore offers local artists three-year residencies at subsidised rates, while those from countries with stronger currencies can also use the space, albeit at a higher cost, to produce work while in South Africa.

This is one of the ways that Mlandu and her team have been generating income.

But with Covid-19 and its restrictions on the number of people who can gather, what does it mean for a space like Greatmore Studios where gathering is at the heart of why people go there?

"I don’t feel like having a place to work and be in community in the arts world is something that would ever be out of fashion. I don’t doubt the relevance of what a studio and residency space is, but the mechanics of what that looks like now, is something for the collective imagination."

But while Mlandu, her staff and artists continue to try and work from home while trying to figure out the future, other Cape Town spaces seem to be in a far more precarious state.

Fundraising in times of crisis

The Baxter Theatre Centre was opened in 1977 and hosted multiracial shows during apartheid when it was taboo for people of different races to mix. It hosted productions that ranged from music, drama, opera, ballet and theatrical performances.

In February this year, they were chosen to host a series of public events which formed part of the Rolex Arts Weekend that saw talks, readings, exhibitions and performances from the likes of Yoyo Ma and Wole Soyinka. It was announced that all proceeds for the events would go towards The Baxter’s Zabalaza Festival. But, with theatres dependent on people physically gathering in groups to enjoy the shows, the current pandemic has taken its toll.

In an email letter, CEO and artistic director Lara Foot appealed to the audience for financial support.

"May I start by saying that I am cautiously reaching out to you, well aware of the context of our difficult times, both in our country and in the world. Not for a moment is my letter a priority, in comparison to the people of our country, who are in dire need of financial assistance."

She says the theatre’s sustainability was already in discussion with UCT, which funds some of its operational costs.

"Now, with the coronavirus pandemic, I don’t believe The Baxter will be fully operational again till next year and you can imagine how urgent this has become."

She points to the fact that, apart from the grant they receive from UCT, they get no funding from the Department of Sports, Arts and Culture, and do not qualify for funding from the National Lottery Commission.

Please support The Baxter's drive towards financial sustainability, by buying us a 'Cup of Coffee' for only R30 per month. Click here for details and to donate: https://t.co/OvqyOnEVMs pic.twitter.com/K13CFp70Lp

This would amount to R10 800 000, which would be used to become self-sustainable, while also investing some of it into the Baxter's Permanent Endowment Fund.

Government funding is not enough

While The Baxter and Greatmore Studios demonstrate the difficult financial predicament of arts organisations, it appears that ones that are partly funded by the government are not fairing that much better. Iziko Museums of South Africa looks after 11 national museums in Cape Town, including the Slave Lodge and the South African National Gallery.

Earlier this year, there was a protest by staff members demanding a 12% wage increase, while Iziko was only offering them 5.5%. The museums attract just over half a million visitors a year, but had already started seeing a decline in March as news of the pandemic began to hit home for those in South Africa. Iziko CEO Rooksana Omar says the loss of income from gate revenue, programmes and events is a worldwide challenge.

"Less visitors to the museums directly impacts on the institution’s foot fall. Museums however, do not only measure its success in financial terms. Access to our nation’s heritage resources knowledge production, exhibitions and research too are also key performance measures."

One of the exhibitions on show as the lockdown hit was by multimedia installation artist Gabrielle Goliath called "This song is for…", where musicians sang a unique collection of songs chosen by survivors of rape.

Bridging the digital divide and the future

With people not able to access galleries, theatres, studios and museums in person, online presents a chance to access an audience far bigger than those in Cape Town.

Mlandu says she started an Instagram series called Kunjani on the Greatmore Studios page where she asked artists to submit videos of how they are coping in lockdown.

She says she called the campaign Kunjani as it asks more than just about how the artist is doing, but also how all other things are going during lockdown, as well as to provide a sense of community for people connected to the space.

"We exist to be a space that sees these people beyond what is commodifiable about them. So, for me, this campaign is really about us as Greatmore extending it to people who have been to Greatmore at any point in their lives," she says.

We live in a world where facts and fiction get blurred
In times of uncertainty you need journalism you can trust. For only R75 per month, you have access to a world of in-depth analyses, investigative journalism, top opinions and a range of features. Journalism strengthens democracy. Invest in the future today.
Subscribe to News24
Next on Arts24
GALLERY | The landscape focus in JH Pierneef's documents of disremembering