Oscars 2021: Five experts on the wins, the words, the wearable art the a big year for women Chloé Zhao has made history at the 93rd Academy Awards as the first Asian-American woman and first woman of colour to win Best Director. She won for Nomadland, which Zhao also edited, produced, and adapted as a screenplay (from the book by Jessica Bruder).

Only one other woman has ever won Best Director: Kathryn Bigelow for The Hurt Locker in 2008. Zhao and fellow nominee Emerald Fennell (Promising Young Woman) were just the sixth and seventh women to receive nominations.

This was one of a trifecta of above-the-line prizes that went to women. Fennell won Best Original Screenplay for Promising Young Woman and Zhao for Best Picture.

These three awards put women in the spotlight as never before. But filmmaking is a collective art. Women were also celebrated in technical areas where sexism and gender disparity are even more entrenched. 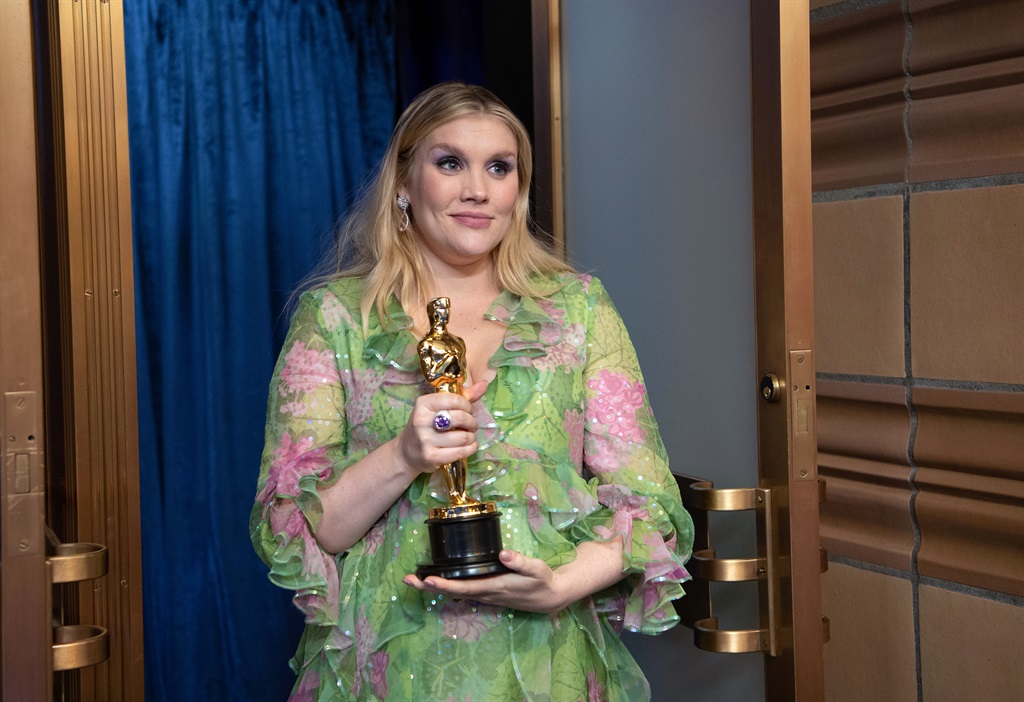 Emerald Fennell poses backstage with the Oscar® for Original Screenplay during the 93rd Annual Academy Awards at Union Station on April 25, 2021 in Los Angeles, California. (Photo by Richard Harbaugh/A.M.P.A.S. via Getty Images)

Michelle Couttolenc won an award for Best Sound (Sound of Metal) and Jan Pascale for Best Set Decoration (Mank). Mia Neal and Jamika Wilson made history as the first African-American winners in the category of makeup and hairstyling (with Sergio Lopez-Rivera) for their contributions to Ma Rainey’s Black Bottom.

This year, with shrinking audiences and pandemic restrictions, there was a bitter irony in the fact women won more Oscars, across new and highly visible categories, than ever before.

It’s no surprise Nomadland won Best Picture — it’s good, compelling stuff, and manages (like most Oscar contenders) to be formulaic to its core without appearing as such. In classic Hollywood fashion, beautiful images accompanied by derivative but affecting music reinscribe social and political history in the mode of melodramatic and intimate personal reflection.

Following “salt of the earth” Fern (Frances McDormand) on her journey through the American West, we experience her ups and downs, recognising the emotional impact the devastation of precarious employment has had on her. The brutal 21st century reality of disempowered (non-unionised) workers becomes fodder for a narrative focusing on an individual’s personal growth — including happily working for Amazon no less (it’s “good pay,” Fern says).

Frances McDormand in a scene from Nomadland. Searchlight (Pictures via AP)

Still, it definitely works as a film, painting a starkly drawn but nuanced portrait of life in post-industrial America. It’s poetically charged in its understatement, and features excellent performances by McDormand and David Strathairn as her love interest.

It’s also better than most of its contenders, including the sophomoric Promising Young Woman and the irrepressibly dull Mank. The only exception is Judas and the Black Messiah: the best film nominated for an Oscar this year (if not the best film of the year).

To keep making and distributing movies over the past year has been an achievement in itself. Many speakers acknowledged colleagues who persisted in believing in film projects against a backdrop of ongoing adversity.

The movies nominated were a politically charged bunch. While presenters acknowledged the issues, winners largely allowed the movies to speak for their own politics.

There was mention of gun violence and slayings by police. H.E.R. (Best Original Song) proclaimed her role to “fight for my people”. Daniel Kaluuya (Best Supporting Actor) highlighted the spirituality and politics of the Black Panthers and said the work still to do was “on everyone in this room”. Mikkel Nielsen (Best Editing) did his bit for arts funding, praising the Danish Film School as his award vindicated support for it.

Best director Zhao praised those looking for the good in others, while Best Documentary winner Ehrlich credited courageous women “joining hands and fighting for justice”.

Generally, though, the acceptance speeches did not indulge in politicking. There was no direct mention of America’s 2020 election results, no Biden and nothing like the Trump mentions last year — just the art at hand.

The intimate Oscars ceremony (with only 170 VIP guests at LA’s Union Station) meant a reduced red carpet. However, attendees made up for the lack of numbers by bringing colour, glamour and scale in what they wore.

The dress code asked for “a fusion of Inspirational and Aspirational”. After spending 2020 in our most comfortable garments, this return to in-person awards called for spectacle.

The majority of guests followed the directive. Sure, winning director Zhao opted for sneakers, but she wore them with her pale Hermès sweater dress and French braids and looked effortlessly cool. Musical director Questlove dressed up his rubber Crocs by making them gold. The most aspirational? Surely Zendaya in a canary yellow, Cher-inspired strapless Valentino with over US$6 million (A$7.7 million) of yellow Bulgari diamonds.

And the most inspirational: 73-year old Youn Yuh-jung making history as the first Korean woman to win an Academy Award for acting, wearing a navy gown by Egyptian designer Marmar Halim with Chopard jewels. Perfect.

Anthony Hopkins won for The Father, and Frances McDormand for Nomadland. Fair enough. Both are stellar actors who bring a quiet intensity to their performances in these films.

Both have carved out a niche for themselves within the Hollywood machine playing these kinds of characters, with Hopkins becoming synonymous in the 21st century with the broken patriarch and McDormand with the quirky baby boomer.

Each could have played their role in their sleep, one suspects, with neither seeming particularly challenged from a craft perspective. But if there’s one thing you can depend upon when it comes to the Oscars, it is middlebrow polite predictability, and these are both obvious choices.

In contrast, Riz Ahmed offers a less polished but stranger and more interesting performance in Sound of Metal, as does Andra Day, who overacts in the lead role but nonetheless masters our attention in The United States vs. Billie Holiday.

Trent Reznor, Atticus Ross, and Jon Batiste’s win for their music for Soul in the Best Original Score category is unusual in at least three ways. First, Soul is an animated film, (the first to win as a soundtrack since Michael Giacchino’s Up in 2009).

Then there’s the fact that Soul is dominated not just by jazz music, but by jazz music played on screen — a genre rarely rewarded by the academy today. You’d have to go back to Round Midnight and Herbie Hancock in 1986 for something genuinely comparable.

Strangest of all, there’s a touch of category weirdness here. The academy rules state multiple composers on a single film are eligible only when they work closely together. That makes sense for Reznor and Ross, whose soundtrack careers can’t be meaningfully separated. But Batiste made markedly different music for Soul.

His is the film’s lively and virtuosic jazz often played on-screen by the film’s characters, while Reznor and Ross made ethereal, synth-heavy underscore for scenes set in the afterlife. In the end credits, Batiste — whose music does most of the heavy lifting in the film — isn’t even listed as composer. Instead, Pixar chose to list him with a “jazz compositions and arrangements by” credit.

Common sense prevailed this year, however, and perhaps it is time to rethink the Best Score eligibility rules. Of the other nominees, Terence Blanchard would have to feel hard done by after his wonderful music for a Spike Lee film (Da 5 Bloods) was overlooked again, while Emile Mosseri would be happy as a first time nominee despite his score for Minari arguably being the strongest of the bunch.

We live in a world where facts and fiction get blurred
In times of uncertainty you need journalism you can trust. For only R75 per month, you have access to a world of in-depth analyses, investigative journalism, top opinions and a range of features. Journalism strengthens democracy. Invest in the future today.
Subscribe to News24
Next on Arts24
Hollywood ponders post-pandemic future of cinemas