According to Netwerk24 the 97-year-old writer died on Sunday in Cape Town due to Covid-19 related causes.

Elsa's son, Nico Steytler, confirmed that his mother died in Mediclinic Cape Town due to the virus.

Channel24 wrote about the film: "Poppie Nongena is a tour de force, a cinematic feat, a South African story told with empathy, grace, bold ferocity, and fearlessness. It’s a powerful fist in the air that shows defiance of our past, a reminder that we have a lot to heal from, and there’s still a long path ahead of us."

Johanthan Ball Publishers reports that Elsa received numerous awards during her career including the Hertzog Prize (probably the most prestigious award for Afrikaans writing). Elsa was also awarded an honourary doctorate by the University of Stellenbosch. The Long Journey of Poppie Nongena has been voted one of the top 100 best books of the 20th century.

In May, Elsa wrote an open letter published on Netwerk24 pleading to be able to see her relatives as she was in the "last months and weeks" of her life. "I'm suffering. Telephone calls, and videos, and Skype, and much more help, but it's not enough. It's not the same," she wrote in the letter addressed to her house doctor Hans Woermann.

Etienne Bloemhof, publisher at NB Publishers, expressed his shock at the news of Elsa's death, saying:

"In the time I had the honour of working with Elsa I became deeply aware of her open spirit and staggering intellect, and yes, her humbleness. She would with great detail tell stories from 80, 90 years ago and then effortlessly switch back to current affairs. There are truly not enough words to pay tribute to her legacy."

Eloise Wessels, head of NB Publishers, in a statement released online added: "Elsa Joubert was a pioneer, she was ahead of her time. She successfully reached her own people with her political message - something that evaded other Afrikaans writers. Apart from the cultural and political dimensions of her work it also carried a powerful human element."

According to South African History Online, Elsa, born Elsabé Antoinette Murray Joubert, was born on 19 October 1922 in Paarl where she grew up, and studied at the universities of Stellenbosch (BA and SOD) and Cape Town (MA in Afrikaans-Nederlands).

Elsa started her career as a high school teacher in Cradock before becoming a full-time writer. She went on to write numerous novels, short stories, travelogues and plays.

In an interview with Die Burger that was published on 8 December 2001, Elsa is quoted as saying: "The longest journey that any person can undertake is from one human to another, through their heart."

Elsa was married to the late journalist and writer, Klaas Steytler. She leaves behind two daughters, Elsabé and Henriëtte, and a son Nico, reports Litnet.

Poppie Nongena will be available for viewing on DStv Box Office from 21 June. Elsa and Klaas in 1950 in London during their engagement. (Photo: Supplied/Netwerk24)

Related Links
Jeanne Goosen – ‘An important voice who marched to her own drum’
News24 releases South Africa beyond Covid-19 e-book
Aids activist and playwright Larry Kramer, 84, dies
Share
Next on Arts24
Merriam-Webster dictionary to change its definition of racism 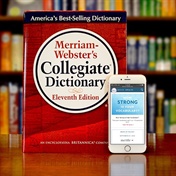