Joko Ya Hao: A politicised reading of religion After making its South African premier at the Africa Rising International Film Festival in 2018, Joko Ya Hao is now available to stream on Showmax.

Although she has no political affiliations when the audience first encounters Nozizwe, the film is quick to establish her as an outspoken woman in her church and the community at large. For the most part, this earns her adoration and respect. However to some, particularly men in positions of leadership, her opinionated stance earns her the title of "a troublesome woman".

By leading the film with a woman who is a part of the Manyano Women’s Movement with the aspiration to become ordained, Joko Ya Hao uses the church as a microcosm. Here women take on the role of representing the millions of people who were uprooted, displaced, abandoned and orphaned because of the forced removals. The result is a film that tries to offer audiences a too-close-for-comfort look at a historical event that continues to torment South Africans. With regards to execution, one of the things that Joko Ya Hao does well is probing its audience to examine the politics of religion.

While most of the plot unfolds through the characters’ dialogue, Joko Ya Hao enhances this through the protagonist’s first-person narration. And, instead of having the narration play out to address the audience, it is delivered like a prayer.

This is then furthered through cinematic interventions. For example, aerial shots are put to good use in the character’s moments of hopelessness. By placing the camera above the scene, Joko Ya Hao affords the viewer a godlike, omnipresent, view of her troubles. This access is then challenged by the audience’s inability to intervene while they watch things unfold, almost leading them to reconsider the role of an all-seeing entity.

A more subtle point for contemplating the politics of religion is hidden in the film’s diction. For example, instead of referring to the Christian message as the gospel, a character calls it "iNkonzo yeNkululeko", a term that the film’s subtitles translate to liberation theology. This speaks to the use of language in persuading people to consider adopting a conviction. This ranges from practicing a faith to supporting a cause.

Although she only has 36 minutes to deliver her message, Montsho works at taking the political reading of religion even further when she begins the work of subverting some biblical narratives that centre men. To do this, Montsho’s writing likens Nozizwe’s pull and plight to that of biblical characters like Moses, Jeremiah, Abraham, David and Jesus. Before having children of his own, Abraham was called to parenthood and referred to as "the father of many nations"”. Moses was asked to deliver his community from slavery, into a Promise Land flowing with milk and honey. In order to focus on his work as a preacher and prophet, Jeremiah did not marry. Armed with nothing but a slingshot and a stone, David was dispatched to defeat a giant that armies had failed to. Jesus was crucified for the actions of the community he belonged to. Nozizwe goes through similar journeys. However, unlike these biblical men, who are afforded royalty and reverence, Nozizwe’s yoke sees her walking the path alone.

While this is a lot to write for a short film, it doesn’t end there. Over and above its theological allusions, Montsho often speaks about the film being inspired by Winnie Madikizela-Mandela’s political trajectory. However, with a duration of 36 minutes to unfold a plot with so many layers, Joko Ya Hao almost moves too quickly for its message to be delivered after one watch.

Even though there isn’t time or room for her character to fully extend itself, there are moments where the writing attempts to complicate Nozizwe’s character. One of the first things we learn about Nozizwe is that she wants nothing more than to be an ordained preacher. She even goes as far as refusing a marriage proposal because she doesn’t want wifehood to detract from her authority in the church once she is ordained.

However, she is quickly pacified by her lover when she learns that she has been disqualified from ordination. While these two are hard to reconcile, perhaps it is an attempt at positioning the protagonist as constantly evolving.

And maybe this is the thing about Nozizwe that Montsho wanted to bring across. In the same ways that Joko Ya Hao grapples with uncoiling the racial, feminist, political and religious points of Nozizwe’s narrative, there is no one way of perceiving and archiving women of the cloth. Perhaps the message is to only give them more room.

Related Links
Manyano | The Methodist Church Women's Association and Art
There are other worlds: Manyaku Mashilo on going home, to die no more
Share
Next on Arts24
Language and identity: lessons from a unique Afrikaans community in Patagonia 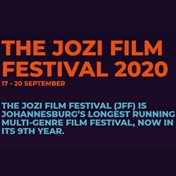