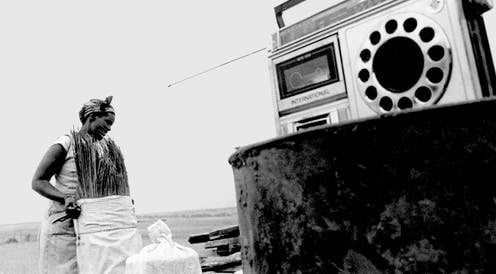 In Johannesburg, during the Sophiatown era of the 1950s, gangsters would routinely order a writer or journalist like Can Themba or Bloke Modisane, to recite Shakespeare to them on street corners.

For a time, Shakespeare became part of the rhetoric of the streets. One of the favourite requests was for the revolutionary funeral oration by Mark Anthony, in Julius Caesar: “Friends, Romans, Countrymen…”

This may be because the writer and broadcaster King Edward Masinga had earlier translated and put on air Zulu language versions of Julius Caesar and many other Shakespeare plays. Cable radio, very popular in the hostels and in the townships of the Witwatersrand, was the main means of transmission for early programmes.

Masinga’s version of the famous oration at Caesar’s funeral that began, “Zihlobo, Bakwethu, maRomani …” is all that remains in the South African Broadcasting Corporation archives of this rich aural treasure of Shakespeare in isiZulu. Modisane, who wrote in exile for BBC radio drama, would later take the same speech and setting as the crisis moment of his superb play, The Quarter Million Boys.

These dramas were part of a bouquet offered to South Africa’s large population of isiZulu speakers during apartheid through a radio service that was designed for very different purposes. But the original design did not deter the producers of the programmes: they subverted the apartheid agenda and delivered riveting drama that from its first moments produced culturally rich and intriguing reflections of black life. There is a cliché that lingers about African language radio in the apartheid era and after. Baldly stated, it is that during apartheid the South African Broadcasting Corporation had total control of the airwaves, and that the pliant African language stations which the broadcaster set up through Radio Bantu in 1960, dripped out only endless streams of propaganda to passive black listeners. Designed to control minds, and hold back the liberation struggle and the sounds of freedom coming from the north even before 1960, as it indeed was, it seemed the perfect tool of the master.

And yet. Something went wrong.

For sure, the apartheid state was producing an earlier version of today’s fake news. Radio announcers had little control over the public broadcaster’s standard news bulletins, although a few brave broadcasters tried. At times a reader would preface the newscast with, “These are not my words”, or recite, with a flourish, the praise poems of one of the former Zulu kings, before launching into the doctored news script of the day.

Thokozani Nene, one of the iconic figures of Radio Zulu and later Ukhozi FM did just that, until the order came that he was to desist.

The communal power of radio drama

Popular culture, largely in the form of Zulu radio drama, was one of the hidden weapons of sonic resistance that entranced and intrigued black radio listeners even before the inception of Radio Bantu.

Nearly six decades later, radio drama, usually in serial form, still has a strong following on Ukhozi FM, one of the descendant stations of Radio Bantu.

How did the dramas become so important? The sound waves carrying the Zulu dramas, which spread quickly as a genre to other African language stations, became a platform for an ambitious, versatile and talented group of men and women who were script writers, performers and producers, all working in isiZulu, and making serial dramas, as well as shorter stand-alone radio plays or musicals. These ran not weekly but daily from Monday to Friday, often twice, even three times a day. They flourished.

In 1986, the famous six-month long serial drama, Yiz’ Uvalo (In Spite of Fear), even had an episode played on Christmas Day.

The radio plays set themselves deep in listeners’ memories and traditions, and became a way to tap into emotions linked to the fascination, strain and pleasure of plots that circled, usually, around the family. Themes of love, divided loyalties and ethical dilemmas played out in intricate detail. The 1974 serial Ubongilinda Mzikayifani (You Must Wait for me Mzikayifani) was written and produced by Bhekisisa Kunene in the cramped Radio Zulu studios in downtown Johannesburg. Family secrets, rival suitors and a young woman’s strength of character were mixed with a twist of the occult and sprinkled with the poetic language of courtship. The setting was rural, but there was the added attraction of an eloquent male lead who was also a famous football commentator on Radio Zulu.

A few years later, a very different serial drama followed a more adventurous young woman as she picked her way between the advice of female family members and the attractions of off-beat men and noisy taverns. Abangane Ababi (Bad Friends) was written by Abigail Zondi. Power in the domestic space and fidelity in a fast changing society were among the themes brilliantly explored through the 1990s and into the new millennium.

The classic double drama, Yiz’ Uvalo/ Umanqob’ Isibindi (In Spite of Fear/ The Victor is Courage) by M.V. Bhengu had a special power. Tense and full of eerie sonic features, it ran for six months from 1986 during the low-level civil war in KwaZulu-Natal. As warlords ruled some urban and peri-urban areas in Durban and the Natal Midlands, its focus on fear, desperation, family and the occult resonated with powerful public events which threatened to overturn people’s lives. A man, Sigidi, back in rural Ndwedwe after working in Johannesburg, finds it impossible to provide for his family and turns to the occult for help, with terrible consequences.

What was being made through this theatre of the air, broadcast to an urban and rural listening community including migrant hostel-dwellers, was a public intimacy that sustained daily life and fed the imagination. The dramas were a means of accessing the self in a turbulent and changing world. Listeners also modelled themselves on the radio personalities who had parts in the dramas, sometimes wrote them or produced them, and in some cases had their own programmes. They became cultural icons.

So King Edward Masinga, Guybon Mpanza, Thokozani Nene, Alexius Buthelezi, Winnie Mahlangu and Linda Ntuli, to name a few, each had a place over the decades on South Africa’s sonic stage.

Perhaps the broadcast voices produced a meta counter-voice to the dominant group. This was a resistant modernity, mediated by radio, producing worlds that were culturally dynamic and deeply invigorating. Looking back at it now, we can see it as part of an important black archive, not lost, but not entirely re-discovered.

We live in a world where facts and fiction get blurred
In times of uncertainty you need journalism you can trust. For only R75 per month, you have access to a world of in-depth analyses, investigative journalism, top opinions and a range of features. Journalism strengthens democracy. Invest in the future today.
Subscribe to News24
Related Links
Five booths we’re excited to visit at FNB Art Joburg
Even under review, Magnum continued to sell sexually explicit images of children
Jean Paul Gaultier honours Frida Kahlo and artists felled by pandemics during the Day of the Dead
Next on Arts24
Rolling debt: Well-known SA film and television producer accused of IOUs in excess of R1m 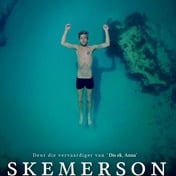