Love letters: More for the lover than their beloved 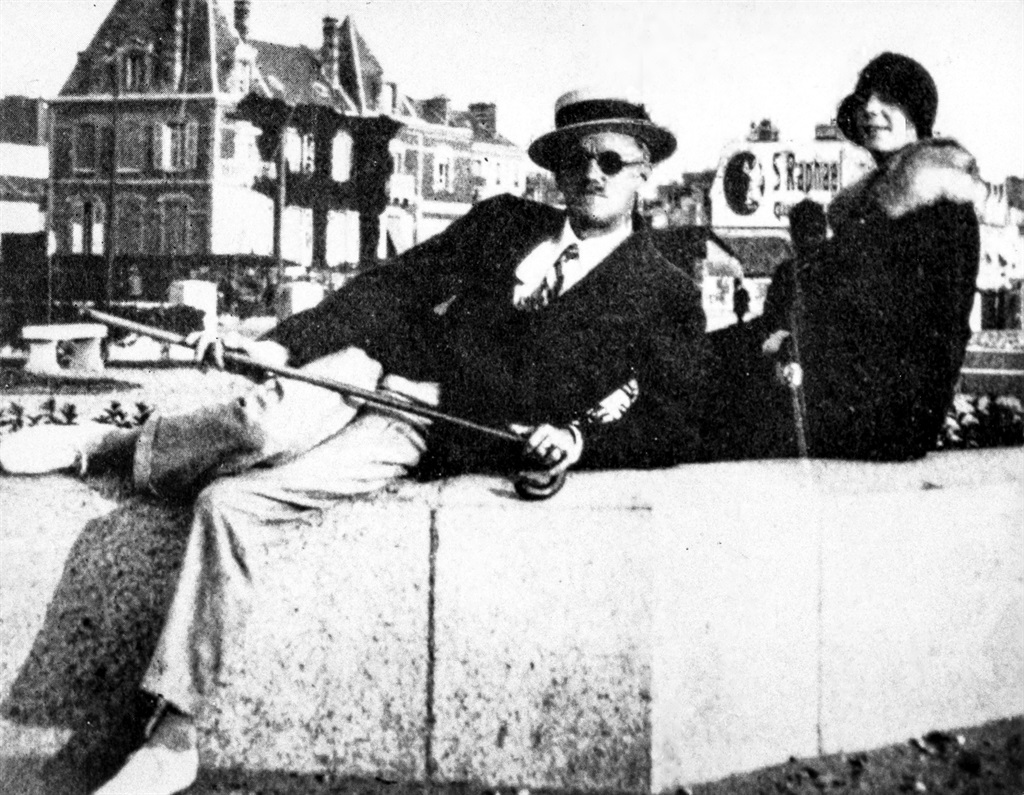 James Joyce and Nora Barnacle. In Joyce’s pornographic missives to Barnacle, she feels like merely a conduit through which he may write and think about sex. (Photo by: Marka/Universal Images Group via Getty Images)

“My dearest Theresa,” Lord Byron wrote to his mistress in his garden, August 1819. A century later, on a July afternoon in 1916, Captain Alfred Bland, a British officer in World War I, sat down before battle and did the same: “My only and eternal blessedness” began his letter to his wife. In a hundred years, it seems, not much had changed.

Love letters have existed for almost as long as writing itself. The Roman governor Pliny wrote to his wife, “a longing for you possesses me”. In the 15th century, noblewoman Margery Brews confided to her fiancé that to marry him would make her “the happiest maid on earth”. “Remember that once you finish the fresco we will be together forever once and for all,” wrote Frida Kahlo to an absent Diego Rivera. Love letters never get old, and they seem never to go out of fashion: people may think they’re corny, or embarrassing, but they still love to get them.

One might even make the argument that the love letter constitutes a genre in itself. It certainly has rules. It must acknowledge the absence of the beloved in some way, invoking while removing them: it traffics in and dwells on memory. Most curiously, the love letter almost always focuses more on the lover than on the beloved: often the love object feels like a mere excuse for the expression of emotion.

In James Joyce’s pornographic missives to Nora Barnacle, for example, she feels like merely a conduit through which he may write and think about sex. The Byron who wrote to Teresa Guiccioli that “I more than love you, and cannot cease to love you” in that garden in 1819, had three years earlier written to the half-sister he loved more than a sister: “I shall never find any one like you – nor you (vain as it may seem) like me. We are just formed to pass our lives together.” None of these women really seem to be the subject – it’s more Byron’s plunge into emotion – and Joyce’s into sex – that absorb them.

An elegy of love

Bearing this self-focus in mind, one might connect the love letter with elegies to the dead, another genre that tends to be more about the speaker than the subject. What both these kinds of writings have in common, of course, is absence, the absence of a person formerly firmly present. Both the dead and the absent lover have been material – felt, held, satisfying – and now are not.

There is a sense, too, in both genres, that one really admired, really loved, is the writer rather than the written to. “I would give away my other cassock to touch you,” writes Laurence Sterne to Elizabeth Vesey:

But … I should be left naked to say nothing of being quite disordered – so divine a hand as yours would presently put me into orders again – but if you suppose this would leave me as you found me, believe me, dear Mrs. V –, you are much mistaken.

Never has a hand job been so inventively described, but one feels Sterne is spinning metaphors more for his own amusement than for that of the lady, who will have to unravel all this talk of cassocks and hands and unholy holy situations.

Indeed, one of the most interesting facets of love letters is that we have relatively little evidence of how they were received. When John Keats writes rather creepily to his fiancee Fanny Brawne: “I have two luxuries to brood over in my walks, your Loveliness and the hour of my death,” we do not know whether she smiled or recoiled. In this way, too, the love letter earns a place as a genre of literature, a field in which audience response remains extremely difficult to calibrate.

And, like more canonical forms of literature, love letters continue into the present day. A quick straw poll will suggest that love texts have just as much value as love letters (e-mails, interestingly, do not. Perhaps this is because both letter and text involve an object you can hold in your hand, or because both involve a certain amount of anticipation).

This is love texts, however, not sexts. Sexts remain a site of argument, speculation, and repulsion, whereas love letters and texts come trailing clouds of outward-facing charm. Perhaps this is because, as W H Auden once wrote:

The proof that pornography has no literary value is that, if one attempts to read it in any other way than as a sexual stimulus, to read it, say, as a psychological case-history of the author’s sexual fantasies, one is bored to tears.