Part II: Behind the God-swapping in the South African Indian community 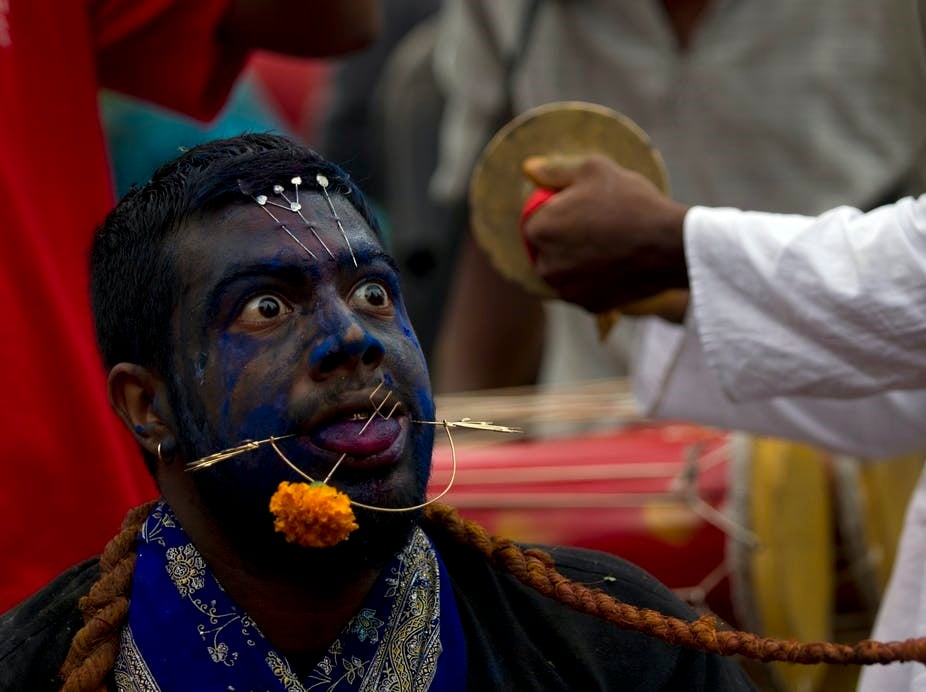 A Hindu devotee prepares to participate in a fire-walking ceremony to honour the goddess Draupadi in Durban, 2011. (Reuters/Rogan Ward)

It isn’t just the doctrines of South Africa’s mainstream and Pentecostal churches that differ. The way they have been trying to convert members of the South African Indian community to Christianity since the early 20th century has contrasted widely.

Back then, the mainstream Christian churches provided clinics, hospitals and schools. Yet these material benefits yielded hardly any converts, as is evident from the low percentage of Christians (4% of the total Indian community) in the mid-19th and early 20th centuries.

The Pentecostals had a different approach. Instead of being involved in community service, they placed emphasis on critiquing Hindu belief systems and caste practices. They also focused on healing and exorcism. It paid off. Between 1925 and 1980 the Indian membership of the Pentecostal churches grew larger than all the other Christian denominations put together.

There were three main Pentecostal groups active in the Indian community in the earlier part of the 20th century:

In response, Hindu reform organisations worked hard to make Hinduism more attractive to their own followers.

Many of these organisations, such as the Arya Samaj, the Ramakrishna Centre and the Divine Life Society, have emphasised the departure from old ritual belief systems to a more philosophical understanding of Hinduism.

These neo-Hindu movements believed that ordinary Hindus lacked the more enlightened understanding of Hinduism – an understanding, they maintained, that was present only in the sacred texts of Hindu philosophy. These texts emphasised the oneness of divinity. They also dismissed worship of multiple gods in temples, saying it was based on ignorance.

In research conducted by JH Hofmeyr and GC Oosthuizen in 1981, a shift towards a more philosophical approach to Hinduism was visible. More than 88% of Hindus affirmed a monotheistic understanding of God in Hinduism as opposed to only about 11% admitting to polytheistic notions.

Despite the Hindu reform efforts, the Indian Christian number grew from 4% in 1925 to 24.4% in 2011, with the Pentecostals making the most significant inroads. For a comparative perspective on the different dogmas’ performance, let’s take three churches from each of the two different persuasions as per South Africa’s 2011 national census. There were 8,520 Indian members of three mainstream churches, the Anglican Church, the Lutheran Church and the Methodists, together.

It is a different story on the thriving Pentecostal side of the pew. Indians in the Full Gospel Church, the Apostolic Church and the International Fellowship of Christian Churches (an umbrella body of charismatic churches, including the prominent Rhema church) together constituted 36,371 members.

The penetration of the Pentecostal movements into Hindu society is felt especially in the KwaZulu-Natal Indian townships. According to the Hofmeyr and Oosthuizen survey, the majority of Hindus in the Durban township of Chatsworth seemed to acknowledge that “Jesus was the only son of God.”

In other words, they seemed to know the claim by Christians that Jesus is the only son of God and hence the path to salvation. The authors tempered their analysis by suggesting that “assent to the belief did not imply consent to the exclusivist claim of Christianity”.

Still, the Hindu religious life based on rituals in temples and shrines continued to flourish. It continues to be evident during the festivals of fire-walking rituals at which some Hindus illustrate affirmation of their faith in their deities. In more recent times the South African Hindu Maha Sabha, now the official organ under which all Hindu associations in the country fall, has held conferences on Hinduism to educate the faith’s youth.

In South Africa, Indians who were Christian largely came from the barracks and mill stations during the colonial period. It is commonly perceived that they belonged to a lower order of society.

In the case of Indian Anglicans in Natal, Arun Andrew John in his doctoral thesis argued that the converts were more interested in a change of social identity. They hoped that the conversion would bring them from being lower-caste groups to social equality. However, it must be noted that neither in India nor in South Africa was a significant change in social identity visible as a result of conversion to Christianity.

It is important to note that a new social identity, which the converts to Christianity sought through conversion to escape social discrimination, did not seem to have come to fruition.

Old social disparities continue to plague the local Indian community, despite the absence of caste as an organising social unit. The discrimination now seems based on religious distinctions as well as class.

Within the Indian community it is difficult to separate religious and class distinctions, as most Christians happen to be from economically disadvantaged backgrounds. Therefore, Christian identity implicitly follows the status of a lower rung.

Conversely, not all Hindus may be economically better off. But there seems to be a sense inherent in the Indian society that those who became Christian through conversion were not only poor but also socially inferior. And this perhaps has to do with the remnants of caste consciousness that prevails even after its formal demise as a social unit.

In addition to this, Christians feel that the majority Hindu community has hijacked the linguistic identity. The result is that they keep Christians of the same linguistic background on the periphery. For example, the Andhra Maha Sabha in South Africa is an organisation of the Telugu-speaking community. Yet it is solely Hindu in its orientation, notwithstanding its linguistic signification. Likewise, the Tamil Federation of South Africa is Tamil only in name, and is Hindu inherently.

All of this points to cultural alienation of one group, as Gerald Pillay writes. It offers ample opportunity to the alienated party to find social identity elsewhere, which is to affirm a Christian identity.

For as long as this tendency to monopolise linguistic identity by the Hindu majority persists in the Indian community in South Africa, the issue of conversion will remain a thorny one both for the Hindu and the Christian communities.

We live in a world where facts and fiction get blurred
In times of uncertainty you need journalism you can trust. For only R75 per month, you have access to a world of in-depth analyses, investigative journalism, top opinions and a range of features. Journalism strengthens democracy. Invest in the future today.
Subscribe to News24
Related Links
Part I: Behind the God-swapping in the South African Indian community
‘Umbango’, South Africa’s first western was part of Apartheid's scheme to keep township dwellers ...
'Blame Me On Apartheid': From 'Native Locations', Mining Compounds to Townships
Next on Arts24
‘We don't know how to use it’: The Constitution and queer lives, 30 years since Pride 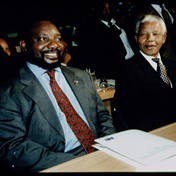