The National Arts Festival officially winds up at midnight on Saturday after a month-long digital feast of the arts that saw dance, music, performance, visual art, jazz, comedy, children’s theatre, illusion, discussion and more on its digital festival platform.

The event culminated in a celebration of the new and exciting shows that debuted at this year’s Fringe Live and won Standard Bank Ovation Awards.

The Fringe is an independent platform on the festival to which anyone can bring a show and sees a mix of seasoned performers, emerging artists and experimental events that together form the seed of South Africa’s future arts.

After eighteen months of curtailed opportunities and restricted revenues, the festival anticipated a smaller Fringe in 2021 – but it remained robust with 125 productions going to screen.

The Standard Bank Ovation Awards recognise the best of the Fringe – works that stand out for a variety of reasons that make a lasting impression on the judges, from being an audience pleaser to showcasing talent and technical skill.

Standard Bank Ovation Awards are awarded throughout the Festival and works that have been awarded bear the Ovations stamp on their digital windows as a signal to audiences that they are watching an award winner.

At the close of the Festival, the awards emerge from this pool and receive Gold, Silver or Bronze Standard Bank Ovation Award recognition. 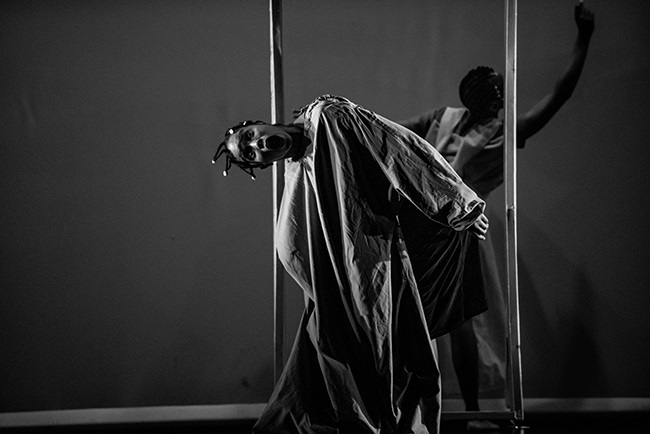 This year’s Gold, Silver and Bronze winners are:

The Shack by Totem Productions

Gone but not Forgotten by Gowar Creative Hub

Verloren by Spark in the Dark

The Core by AFDA Johannesburg

Ruth by Love and Race Productions

The 2021 panel was convened by Princess Mhlongo who said, "As a former Standard Bank Young Artist of the Year and Ovation Winner, it has truly been a great honour to be part of the Standard Bank Ovations team as coordinator of the winners' selection process. It has been a trying time in the world but seeing the fight and determination in the work presented by artists speaks volumes for the future of the arts in our country.

"A huge congratulations to the NAF team for being consistently present and continuing to be the voice of the artists. It is never an easy task choosing the best out of a pool of outstanding works representing change and progress, however, this year displayed courage that I believe will bring forth hope for those who may still need the strength to go on".

Speaking at the Awards, National Arts Festival Fringe Manager, Zikhona Monaheng, announced that the Fringe Live platform would remain open until the end of August.

The Fringe would also be accepting new works for the month of August and artists need to apply to participate here.

There is no registration fee for new works and the Festival would continue to offer a 90% split on ticket revenue in favour of the artists. New Fringe works would not, however be considered for Standard Bank Ovation Awards

Long-time Festival partners, Standard Bank, recognised that it was a particularly tough year for artists and launched an exciting participatory campaign to support artists at the Festival. The Bank of Dreams calls for members of the public to submit messages of support for artists to an online portal.

Each message is backed by real cash from Standard Bank with the goal of harvesting 3 700 messages to match the 37 years Standard Bank has partnered with the National Arts Festival. The accumulated cash value of the 3 700 messages would be R 500 000 which would then be distributed to the artists on the National Arts Festival Fringe this year. Arts lovers can click here to dedicate their message and get behind the Fringe artists.

Speaking at the event, Desiree Pooe, Head of Sponsorships for Standard Bank reminded audiences of the incredible challenges artists have overcome to perform at this years’ Festival, not to mention the short timelines, "Artists, and others in the background were made to build the proverbial plane in flight, the challenges, dedication and sacrifices do not go unnoticed."

The event was staged virtually and streamed from Makhanda where some of this year’s Fringe works were also filmed. Guests were entertained by local performers Makhanda Kwantu Choir and singer Nombasa.

The event was recorded and can be watched live here:

We live in a world where facts and fiction get blurred
In times of uncertainty you need journalism you can trust. For only R75 per month, you have access to a world of in-depth analyses, investigative journalism, top opinions and a range of features. Journalism strengthens democracy. Invest in the future today.
Subscribe to News24
Next on Arts24
Art Basel fair breathes life back into moribund market