The beauty of our democracy is that our constitution guarantees freedom to practice any religion that one chooses and because of this freedom many religions are represented in the ethnic and regional diversity of our population. Over 80% of South Africans practice Christianity, with at least 81% of those being Black people1 . The big issue is that these people are among the poorest in our country whose poverty level is sitting at 55.5%2 currently, and their poverty is used against them because they are financially exploited in the name of getting them out of poverty.

I have listened in horror as has many South Africans to the recent allegations and claims that are being made on national TV against certain churches and certain church leaders who are being accused of rape, manipulation, malpractices, theft and abuse of vulnerable people who cannot defend themselves against these ‘powerful’ people who use their positions to enslave God’s people in their sick and unconstitutional practices. 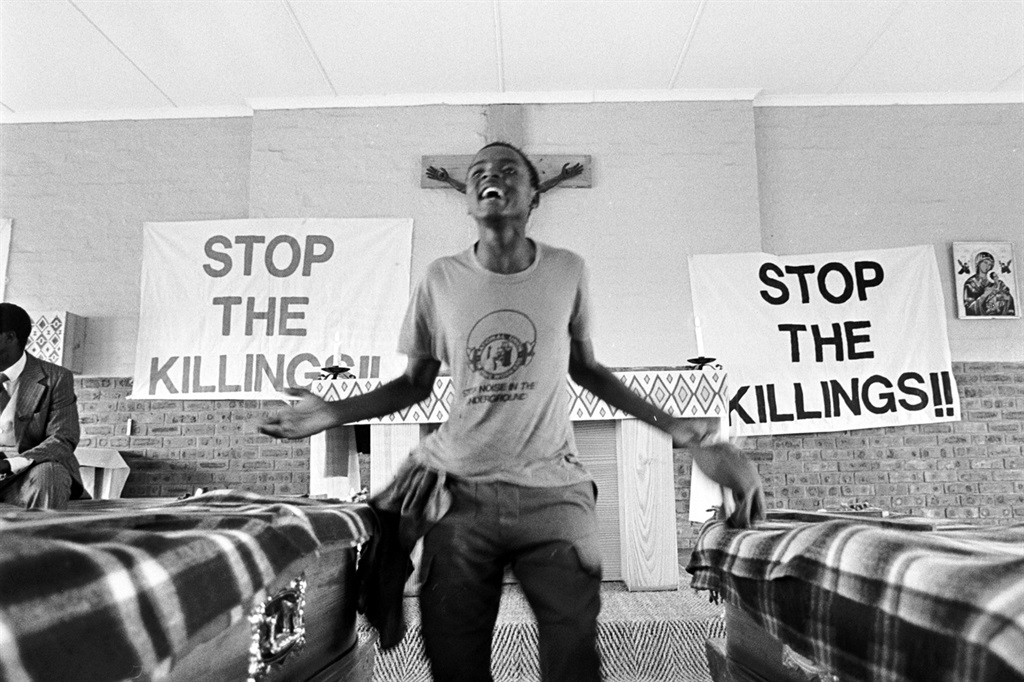 South Africa has an extensive and very well-developed legal system that is supposed to support the enjoyment of the freedoms guaranteed in the constitution, and it is for this purpose that I write this letter. I write this letter as a Social Justice Advocate and a Gender Activist who seeks to understand what role your commission is playing in addressing these issues and how your commission is fulfilling its constitutional mandate to strengthen our constitutional democracy in order to protect and promote the cultural, religious, and linguistic community rights. How are the rights of the alleged victims of the abuses that have been described on TV shows like AmaBishops (Moja Love) being protected by your commission? How are the alleged perpetrators being held accountable? How does your commission engage with such allegations?

Stand fast therefore in the liberty by which Christ has made us free, and do not be entangled again with a yoke of bondage…. but he that troubleth you shall bear his judgment, whosoever he be. For you, brethren, have been called to liberty; only do not use liberty as an opportunity for the flesh, but through love serve one another.

People are in bondage, but it does not seem that those who trouble them are bearing the judgement of doing so. Gender Based Violence is one of the major social justice issues in our country and it seems religious leaders are among the major perpetrators of this scourge. Instead of serving God’s people with love and giving hope to the hopeless, the religious sector has become the source of the many forms of abuse as indicated above. I am copying the Commission for Gender Equality because CGE’s mandate is to promote respect for gender equality and the protection, development and attainment of gender equality through undertaking research, public education, policy development, legislative initiatives, effective monitoring and litigation in the following focal Areas: Gender Based Violence, Gender, Culture, Tradition and Religion, among others. I believe the two commissions should take it upon themselves as is their mandates to deal strongly with religious institutions and individuals who are alleged to perpetuate the abuse and gross violation of the human rights of vulnerable people who go to churches seeking for fulfillment and love and in turn their vulnerability is exploited. Until these commission act harshly our democracy remains a joke. I am requesting a commitment from your commission that action will be taken and that the commission will not become another ‘toothless watchdog’ of the state. I challenge the commission to make a public statement about what is being aired on TV and how that is a violation of rights and the role the commission will take to ensure such violations will not be allowed to continue. I believe this will give courage to more people to come out and talk about their own experiences when they know that commission like yours are there to protect them, to dismantle the power that the religious institutions or religious leaders believe they have over innocent and vulnerable people.

We cannot watch such shows and leave the content shared in those shows as entertainment. There is nothing entertaining about what is being revealed and as a citizen who happen to be Christian as well, I am appalled by what is being reveled and I will not turn a deaf ear or a blind eye when I know that commissions such as the two (CRL and CGE) are there to protect citizens.

I look forward to seeing the action that you will take to bring the malpractices, abuse and human rights violations that happen in religious institutions to a standstill.

In my personal Capacity as a concerned Citizen and Work Capacity as CEO of a Social Justice organisation.

We live in a world where facts and fiction get blurred
In times of uncertainty you need journalism you can trust. For only R75 per month, you have access to a world of in-depth analyses, investigative journalism, top opinions and a range of features. Journalism strengthens democracy. Invest in the future today.
Subscribe to News24
Related Links
Putting mothers in the frame
The remnants of Miriam Tlali
Multidisciplinary artist Sethembile Msezane on history, commemorative practice and making space...
Next on Arts24
Biopic misrepresents Miles Davis in the life of a South African freedom fighter