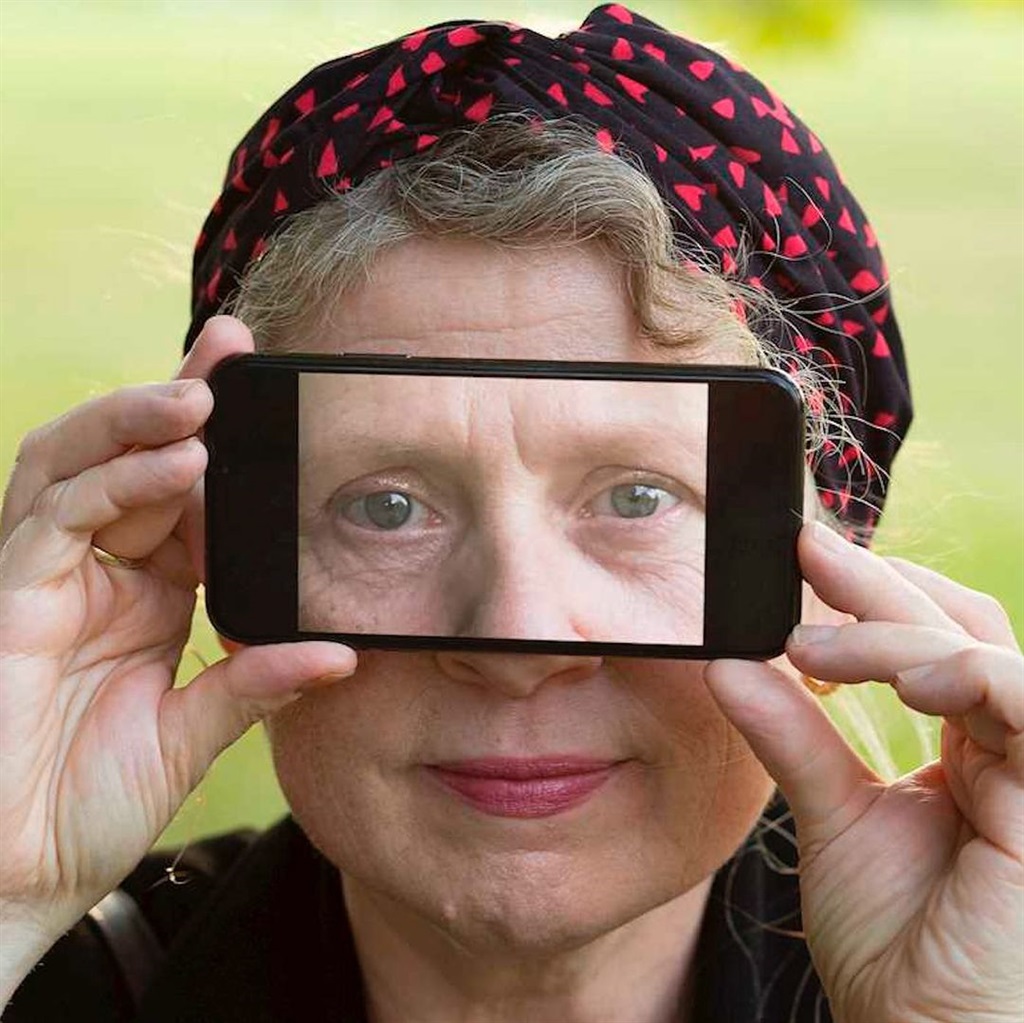 Victoria Mapplebeck won a Bafta for her short film shot on her phone. (Festival Of Digital Disruption/ Instagram)

I’m just back from The Venice Film Festival. When I was last there, pre-pandemic in 2019, I had a virtual reality project, The Waiting Room in competition. When I posed on the red carpet with my fellow VR directors, the lineup was refreshingly inclusive with lots of women directors. It felt good.

The VR programmers, Liz Rosenthal and Michel Reilhac have always gone to great lengths to create a programme of works that is as diverse as their audience. Sadly this is not the case with the film festival as a whole. That year there were only two women in competition in the feature film programme.

Fast forward to 2021 and things have barely improved. Only five of the 21 films in competition this year are directed or co-directed by women. One of those women directors is Jane Campion who has just made Power of the Dog for Netflix.

Her advice to women directors during an interview in 2013, “Please do not play the ‘lady card’. Don’t feel sorry for yourself. Just do your work and let someone else deal with the politics.” During a recent press conference, Campion was asked the inevitable question about the lack of women directors in competition. She responded, “The girls are doing very well … all I can say is since the #MeToo movement happened it’s like the Berlin Wall coming down.”

Comparing the #MeToo movement to the Berlin Wall falling seems like the triumph of hope over experience. Campion still can’t get beyond one hand when counting the women directors who have won an Oscar for best director – just two. Kathryn Bigelow in 2010 and a decade later Chloé Zhao for the brilliant Nomadland.

A post shared by Festival Of Digital Disruption (@fodd_2021)

Earlier this summer, I had lunch with two women whom I’d taught over a decade ago. Both are brilliant filmmakers. Both now have small children and were struggling to combine motherhood with the long hours and high-pressure environments of film and TV. One of these women was so disillusioned, she was considering leaving the industry altogether. I hope that I dissuaded her. I understood only too well her sense of being a misfit in an industry that still works so much better for men than women.

Perhaps Campion would accuse me of playing “the lady card”, but like many women directors my career also went off a cliff when I had my son. At 38, after a decade or more of earning a living making documentaries for British TV, I found myself single, pregnant and broke.

I had to give up my career as a director overnight, realising that the insecurity of a freelancer didn’t mesh with being a single parent. Flexible working wasn’t on the table 17 years ago. Back then you were expected to work long hours and weekends. I knew this would be impossible while raising my son alone.

My lifeline was academia. I got a job running the MA in Digital Documentary at Royal Holloway. It was another decade before I would get back to making my own films again, but being around so many other great directors meant that I kept learning about the art of filmmaking.

Decades later women are still woefully underrepresented in many of the key production roles in film and TV. Women in Hollywood recently reported that out of the top 100 grossing films of 2019, 19.4% of the writers and only 10.7% of the directors were women.

My son was ten before I felt able to get back into the industry and chase production finance again. Without my old film and TV contacts, it was back to square one. I spent five years pitching an interactive documentary project, Text Me, at all the major film festivals and finance forums.

I finally got lucky with a promise of £70,000 from European public service channel ARTE. However, that didn’t work out. Burnt out and ready to give up, I decided to shoot the film I wanted to make with the camera I had to hand: my smartphone. It was liberating. I no longer needed to wait around for the gatekeepers to flick the green light. I could flick it myself.

In 2019, I won a Bafta for my smartphone short Missed Call. Winning meant the world to me that year. I was 12 months past a breast cancer diagnosis and a decade out of the film and TV industry. A year earlier, in the middle of chemo, I had watched the Baftas from my couch feeling that it was a world I would never be part of.

Just days before the Baftas, my producer and I managed to secure a meeting with a streaming platform commissioner to discuss a smartphone feature film we were developing. A few minutes into my pitch he told me with an air of disdain that my films were “small, personal and intimate”. For his platform, he wanted, “Big stories about true crime and space. Epic journeys.”

I replied, “Raising my son alone, him meeting his dad for the first time and how we both survived my cancer diagnosis put us both on a pretty epic journey.” “Sorry”, he concluded, “It’s a no.”

Later when my son Jim handed me my Bafta, I held up my smartphone and said, “I shot this film on this phone … I think it’s proof that small really is beautiful.”

Why are stories which explore how women navigate the world, at all stages of life, described as “small”? Why do they constantly get overshadowed and drowned out by stories about men, told by male directors?

I have more hope for women directors and writers in TV where there’s a growing appetite for unfiltered, unromanticised portraits of family life – especially the joy and pain of being a middle-aged mum.

Three years ago the brilliant Frances McDormand said in her Oscar acceptance speech:

I’d like all the female nominees in every category to stand with me tonight … we all have stories to tell and projects we need financed … Invite us into your office in a couple of days and we’ll tell you all about them. I have two words to leave with you tonight … “inclusion, wider”.

It’s a speech that makes me cry each time I watch it.

This year I set up SMart, The London International Smartphone Film Festival, which I co-founded and co-curated with director and former Channel 4 commissioner Adam Gee. Our mission is to celebrate the innovation, intimacy and diversity of smartphone filmmaking. Many of my current students at Royal Holloway submitted their smartphone shorts, shot during lockdown. We had 50% women directors in our official selection.

Making sure we achieve this kind of balance and diversity in future film festivals and awards ceremonies is a work in progress. So, thank you, Frances McDormand, Chloé Zhao, Michaela Coel and all the women actors and directors who have proudly played the “lady card” and shouted over the wall, “inclusion, wider”.

We live in a world where facts and fiction get blurred
In times of uncertainty you need journalism you can trust. For only R75 per month, you have access to a world of in-depth analyses, investigative journalism, top opinions and a range of features. Journalism strengthens democracy. Invest in the future today.
Subscribe to News24
Next on Arts24
So you think you can help? Why upcoming reality show The Activist is causing a stir