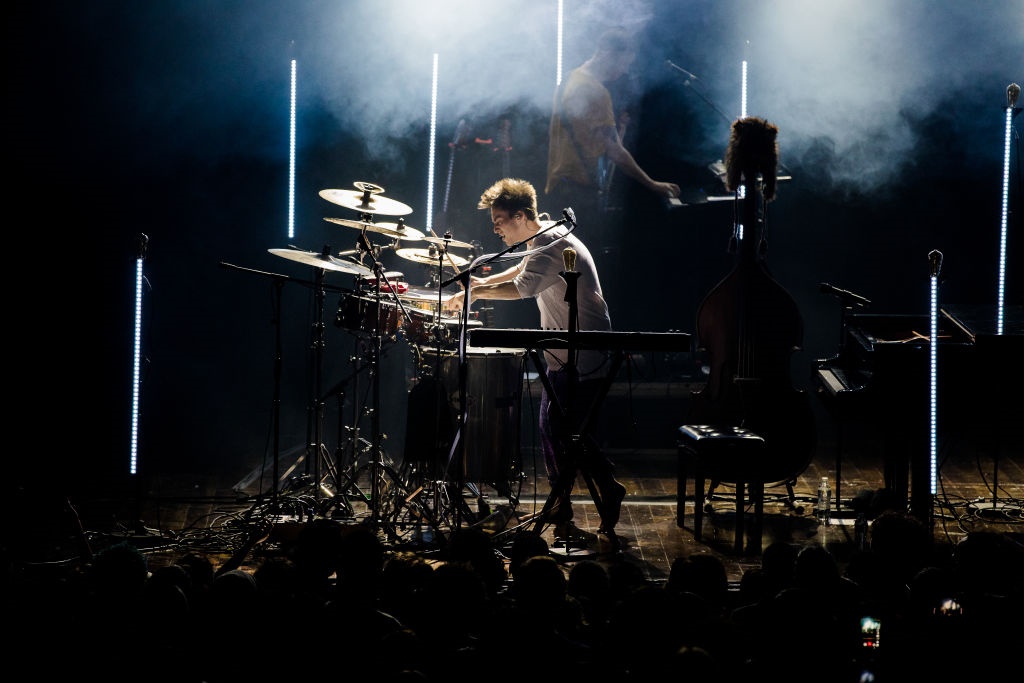 There is a class of musicians who are born and walk the earth as though they have never been babies at all. Their artistry is touched by a unique maturity of spirit. I want to hazard that British singer-songwriter Jacob Collier is among them.

The 25-year-old multi Grammy award winner is the headline act on the Jazz Festival virtual National Arts Festival bill. The concert he performs is a warm vintage Collier recital. All that we’ve come to love about him is in there. His idiosyncratic use of reharmonisation and his capacity to improvise a fusion of everything from jazz , folk, classical, and soul.

The performance is unassuming and intimate, reminiscent of a chat by the fireplace. Instead of a recorded performance of his band playing together on a stage, Collier is seated at the piano in his home studio. He’s in the northern summer, we are cuddling against the cold. Youthful, Collier wears no suits, ties or shiny shoes. Only shabby shorts and playtime Ts. There are no stylized stage lights or the customary concert hall decorum. Just the singer, his piano and us.

Collier opens his performance with a solo piano treat before floating into a Coldplay tune, Fix You. It’s an elegant rendition of a familiar melodic nectar. He then draws us closer to witness him play with the possibilities of his handling of the piano. He is deceptively conservative. The liberties he takes with his vocal modulation are almost never taken with the keys. He surveys and explores the musical firmament by feeling his way through it. Though exhilarating, it is a safe and welcome trip.

In a searching way, he becomes self indulgent too with his improvisations. We forgive it, because it pleases us to witness wonders of creative thought take form before us. At times it seems he is sensing he may have gone too far into the deep water for casual listeners, so he offers up another familiar thrill: Don’t Know Why, a Jesse Harris composition made famous by Norah Jones.

Collier takes ownership of the song while retaining all that we love about it. He goes as low as his tenor can afford before rising into a charming boyish falsetto. A trope he repeats a few times over with success.

Another of the notable pieces is a melody called A New Year’s Carol which was written by Benjamin Britten in 1934.

In the end he manages to locate himself in multiple traditions: His 20th-century British music heritage, a touch of dixie blues, and streams from antique Anglican boy chorister. In a word, Collier has given us a tastefully ornate performance. Elegant!