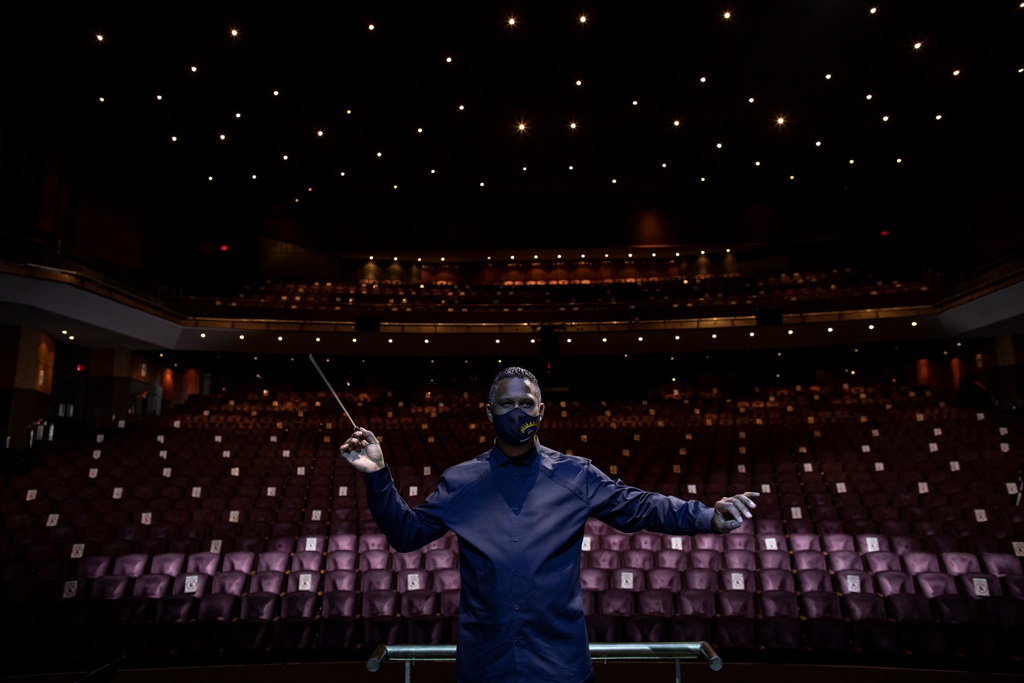 Cwaka. The Silence. is a collaboration between the Cape Town Philharmonic Orchestra and Cape Town Opera. (Sydelle Willow Smith)

Across the world, right now - from Cape Town to Kabul and London to Beijing - the arts are being silenced. Covid-19, conflict, censorship, loss of funding, displacement - even natural disasters - are seeing to it that the volume is being turned down on one of humanity’s driving forces: creative expression.

But right here in South Africa, two world-class organisations currently dealing with these enormous pressures, The Cape Town Philharmonic Orchestra (CPO) and Cape Town Opera (CTO), are standing up for the arts, both here and internationally, with the release of a new album: Cwaka. The Silence. The release comes after the two organisations were forced to either stop live performances or to perform to extremely limited audiences for 18 months. (Sydelle Willow Smith)

The album features recordings of silent versions of some of their greatest works. It also includes an original 49-second title track, Cwaka. The Silence.

The release comes after the two organisations were forced to either stop live performances altogether or to perform to extremely limited audiences for 18 months now, leading to a significant earnings’ loss.

The call for donations is being done in a simple and effective manner. South Africans are encouraged to add the track to their Spotify playlists as a way of raising awareness and funds for the cause (royalties will top up the fund each time the song is played, at no cost to the listener). Those with a love for the renowned artist William Kentridge, who has designed the vinyl cover, can bid for one of 40 limited edition fine art print copies of the vinyl via the auction or purchase one of 50 limited edition copies of the vinyl. The cover of the album is by artist William Kentridge. (Sydelle Willow Smith)

The funds raised in this campaign will go directly towards supporting the classical arts in South Africa via the Duet Endowment Trust. The world-famous soprano, Pretty Yende, is one of the alumni who entered the global stage via the Cape Town Opera. They will also ensure the organisations can continue their work at grassroots levels in local communities where they are always on the lookout for discovering bright young talent from diverse, vulnerable, impoverished areas who have previously been underrepresented within the classical music industry.

Says Nicholas Ackerman, director of the Duet Endowment Trust, “When we embarked on this campaign, it was a direct response to the devastating effect of the pandemic on our orchestra and opera company. As we now approach the launch date, we see just how much the arts are under threat around the world; whether it’s Covid-19 here in Cape Town, or the Afghan Women’s Orchestra being oppressed by the Taliban, or visual artists like Ai Wei Wei who has recently spoken about being exiled and censored; or even the cultural funding being quietly eroded away in places such as the UK.” Louis Heyneman is the artistic director of the Cape Town Philharmonic Orchestra and Brandon Phillips is the orchestra's resident conductor. (Sydelle Willow Smith)

“We were inspired to do two things: firstly, to raise the funds we need to keep our beloved Cape Town, South African and African classical institutions alive, but also as a rallying cry for the artists around the world being silenced. We believe the arts are at the heart of what makes us human, what brings joy and meaning to life, and that they’re worth fighting for. Yes, we are asking people to listen to our silence - and then we want them to go out and support their own local creative voices as well,” says Ackerman, who is passionate about raising awareness and donations for the Duet Endowment Fund which was founded by his grandmother, Wendy Ackerman.

People can listen to the album from 30 November on Spotify, or other preferred streaming services here. On the campaign's website, listeners can also watch a performance of the title track, donate to the fund, buy one of 50 limited edition copies of the vinyl, and register for the auction of limited edition fine art prints, numbered and signed by Kentridge.

Correction: This article previously stated that you could bid for 10 limited edition fine art print copies. It has been updated to reflect the correct information.