DJ Sumbody's friends and family call for justice at memorial: 'My heart is broken' 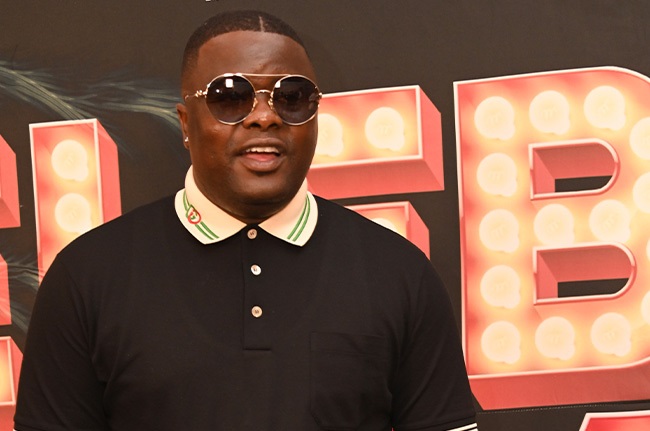 DJ Sumbody's close friend, Bonus 'Mgijimi' Mothike, called for a stop to the circulation of graphic photos of the amapiano pioneer and his bodyguard, known as Wolter Sbusiso after they were shot and killed.

"Those people who are busy circulating the pictures, I want to tell you now, please stop that to respect the privacy of the family," Mothike said at his memorial service at Lewende Woord church in Centurion, Pretoria. "Let the family deal with this in their own way."

Oupa 'DJ Sumbody' Sefoka and Sbusiso were killed in the early hours of Sunday morning when a hail of bullets hit them in a drive-by shooting in Johannesburg. A third person, travelling in a separate vehicle, sustained serious injuries from gunshot wounds.

Mothike added that he wanted the killers to be found as "no one can do this and not be found".

"I want the people who ambushed you to be brought to light so we can see them. South African government must do something about what happened to you."

He said Sefoka's killers broke their hearts and took the bread from their mouths.

During the memorial service, several other friends, including DJ Vettys and Cassper Nyovest, business partners and associates spoke fondly of Sefoka and their relations to him.

His siblings, Tsibu and Koketso, spoke highly about their relationship with their brother, how much he meant to them and the grief they were going through following his death.

"The people that took Oupa away from us, they don't know what they did. My heart is broken," DJ Sumbody's sister, Tsibu said.

In a letter, Sefoka's wife, Tlotlo, said she was grateful for the 12 years they shared despite being heartbroken and stricken with grief.

We live in a world where facts and fiction get blurred
In times of uncertainty you need journalism you can trust. For 14 free days, you can have access to a world of in-depth analyses, investigative journalism, top opinions and a range of features. Journalism strengthens democracy. Invest in the future today. Thereafter you will be billed R75 per month. You can cancel anytime and if you cancel within 14 days you won't be billed.
Subscribe to News24
Next on Life
Gugu Khathi ready to put alleged assault by neighbour behind her: 'I need to move on with my life'