The Deadpool actor - who has a nine-month-old daughter James with 28-year-old wife Blake Lively - joked he had to sit the tot down and explain the difference between men and women to her.

During an appearance on The Tonight Show Starring Jimmy Fallon, he revealed: "She's saying 'Mama'. You know what my wife doesn't realise though... She calls me 'Mama' too.

"Seriously. I literally had to sit her down and tell her that penises don't work that way. She understands - she gets it."

Ryan also insisted that he is no longer cool since becoming a dad.

Watch the proud dad gush about his little princess here:

While visiting Jimmy, Ryan also played a game of Slapjack to promote his new movie Mississippi Grind, which is about "gambling and gamblers".

Watch the duo hilariously slap each other with over sized hands here: 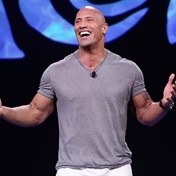