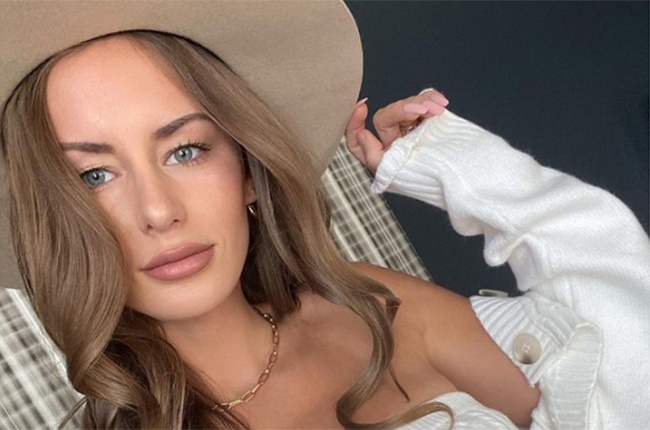 Alexis Sharkey's nude remains were found on the side of the road in Houston, Texas.

The 26-year-old was reported missing on Saturday, after missing a movie day with friends, reports KHOU11. The influencer also hadn't posted on social media for 12 hours, her family and friends were unable to get into contact with her and no one was answering the door of her apartment, which she shares with her 49-year-old husband.

City workers reportedly found her nude remains on early Saturday morning. There were no apparent signs of trauma; the cause of death is pending an autopsy.

Alexis' mom, Stacey Robinault, later took to Facebook to confirm her death, after being notified that her body had been found on Sunday.

"It's with deeply broken hearts that Mike and I want to let you all know that Lexi's body has been found. We cannot begin to thank you all for your love and the kind words you've extended to our family! Please give us this time to grieve this incredible loss to our family and this world!!! We will miss you, Love!!!!" she wrote.

Stacey later told ABC3 she believes her daughter was murdered. "I do. I do believe she was murdered. Yes. From what I've been able to gather as well as a mother's gut. I learned very young as a mom to trust my gut. It's not let me down," she said.

Tom Sharkey, Alexis' husband whom she's been married to for close to a year, also mourned her loss on Facebook writing: "My world! My everything! I'm so lost right now! My one and only!"

According to Alexis' friend, Tanya Ricardo, though, Alexis had recently opened up about her troubled marriage. "Divorce was being filed," Tanya said.

"She was a very private person. She didn't share a lot about what was going on at home."

We live in a world where facts and fiction get blurred
In times of uncertainty you need journalism you can trust. For only R75 per month, you have access to a world of in-depth analyses, investigative journalism, top opinions and a range of features. Journalism strengthens democracy. Invest in the future today.
Subscribe to News24
Related Links
Sean Connery’s cause of death revealed
George Clooney: 'Having Amal in my life changed everything for me'
Next on Channel24
Jennifer Aniston says Friends reunion reminded her of 'the hardest time in her life'