Did Elon Musk and Grimes really just name their baby this?! Here’s how to pronounce it 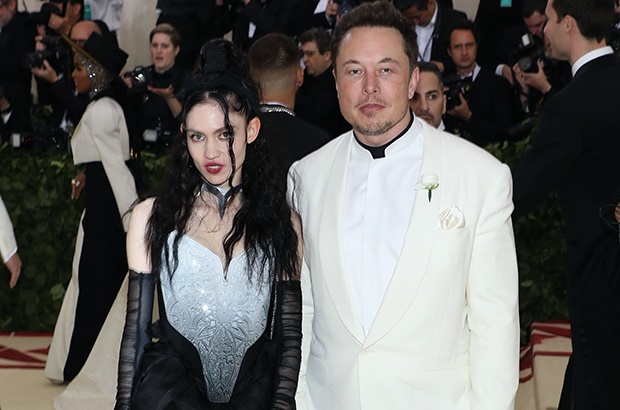 Elon Musk and Grimes welcomed their first child on Monday.

The SpaceX CEO shared with fans on Twitter that he became a father to a baby boy – his sixth child and the Canadian singer’s first. He later shared that they named their bundle of joy X Æ A-12.

ALSO SEE PICTURES OF X Æ A-12 WITH THE FACE TATTOO FILTER HERE.

Grimes later shared the meaning behind the unconventional name on Twitter.

"X, the unknown variable," she wrote, "Æ, my elven spelling of Ai (love &/or Artificial intelligence); A-12 = precursor to SR-17 (our favourite aircraft). No weapons, no defences, just speed. Great in battle, but non-violent."

The "A" in the name also represents Archangel, Grimes’ favourite song, while "12" also stands for the Chinese zodiac sign of the rat – and 2020 is the Year of the Metal Rat, which explains her added emojis.

E! News brilliantly broke down – with the help from a few fans on Twitter – how to pronounce the newborn’s name, which doesn’t seem all that bizarre now. All together now: Ex Ash Archangel.

We live in a world where facts and fiction get blurred
In times of uncertainty you need journalism you can trust. For only R75 per month, you have access to a world of in-depth analyses, investigative journalism, top opinions and a range of features. Journalism strengthens democracy. Invest in the future today.
Subscribe to News24
Related Links
Elon Musk and Grimes share first photo of baby with face tattoo filter
Elon Musk drops EDM song 'Don't Doubt ur Vibe'
Elon Musk releases rap song in memory of Harambe and it already has over 800K listens
Next on Channel24
Angelina Jolie scores legal win in custody battle against Brad Pitt as judge thrown off case