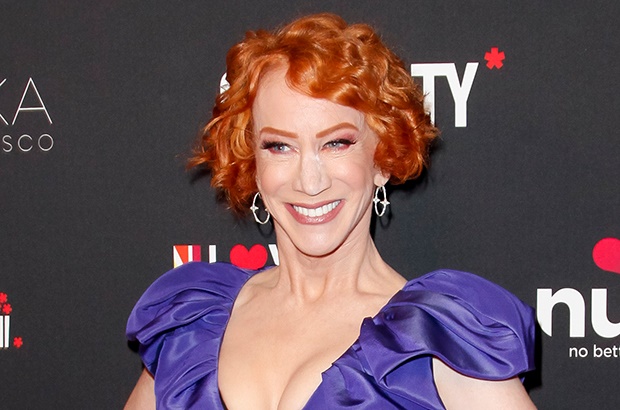 "I was sent to the #COVID19 isolation ward room in a major hospital ER from a separate urgent care facility after showing UNBEARABLY PAINFUL symptoms," the comedian said.

She also added, "The hospital couldn't test me for #coronavirus because of CDC (Pence task force) restrictions. #TESTTESTTEST"

The 59-year-old's post was more a way of calling out Donald Trump in the post though, who'd previously tweeted that America has done far more testing than any other nation. "He's lying," she said, adding his tweet to her post, in saying there just aren't enough coronavirus tests available.

?He’s lying. I was sent to the #COVID19 isolation ward room in a major hospital ER from a separate urgent care facility after showing UNBEARABLY PAINFUL symptoms. The hospital couldn’t test me for #coronavirus because of CDC (Pence task force) restrictions. #TESTTESTTEST ?

South Africa is battling a similar crisis to the US. With 709 reported cases in the country, healthcare workers are under strain and struggling to keep up with the number of people coming in for testing.

A virologist in the public sector spoke anonymously to News24 saying, "We are doing everything we can but at this very moment, we are still rationalising who we test."

Hospitals are also running out of supplies – there's been a dip in face masks in particular, as well as gloves and hand sanitiser.

FOR A LIVE UPDATE ON THE CORONAVIRUS IN THE COUNTRY, CLICK HERE.