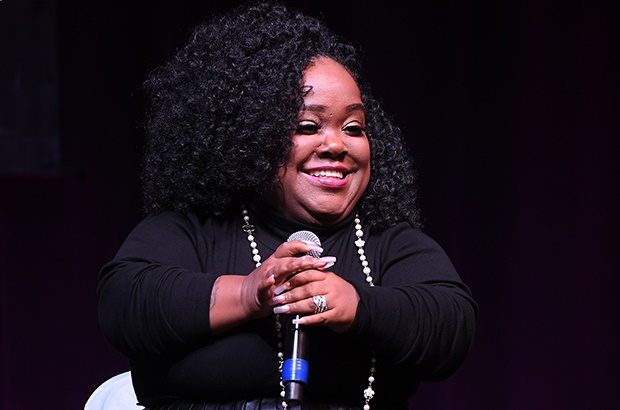 The reality TV personality known for her role on the Lifetime show died on Monday after sustaining injuries in a car accident on Sunday night.

Her management team wrote on her Instagram page to her followers and fans: "It is with profound sadness that we confirm on behalf of the family of Ashley Ross aka 'Ms Minnie' of Little Women Atlanta has succumbed to injuries from a tragic hit and run car accident today at the age of 34. The family respectfully asks for their privacy as they grieve during this very difficult time."

Police later confirmed that it was not a hit-and-run but rather a head-on collision, reports People.

"The initial crash investigation shows that Ms. Ross was traveling south in a Nissan Sentra on Old National Highway," the police said in a statement. "Her car hit the right-side curb, crossed into the northbound lanes and struck a Ford Focus that was traveling north head-on. Ms. Ross received serious injuries and was transported to an area hospital for treatment, where she died Monday night.The driver of the other vehicle received minor injuries and was treated at the scene."

"There was no third vehicle involved," another officer added. "There has not been any mention of driving under the influence is a factor."

Full Statement from the management team of @MsMinnieLWA It is with profound sadness that we confirm on behalf of the family of Ashley Ross aka “Ms Minnie” of Little Women Atlanta has succumbed to injuries from a tragic hit and run car accident today at the age of 34. The family respectfully asks for their privacy as they grieve during this very difficult time. Please direct all media requests to: Liz Dixson Publicist for Ms Minnie 404-410-6912 ldixson@mediamcs.com

Her publicist, Liz Dixson, later confirmed the news to CNN and shared a few words with the publication. "Ashley was a sweet and kind person with a big heart. She was an advocate for St. Jude and young women," she said.

We live in a world where facts and fiction get blurred
In times of uncertainty you need journalism you can trust. For only R75 per month, you have access to a world of in-depth analyses, investigative journalism, top opinions and a range of features. Journalism strengthens democracy. Invest in the future today.
Subscribe to News24
Related Links
'Little Women: LA's' Jasmine on the good and the bad of being a reality star
From meme to mogul: Ms Juicy lets us into her world
Here's who will star in Lifetime's college admissions scandal movie
Next on Channel24
Rules for dating Kendall Jenner