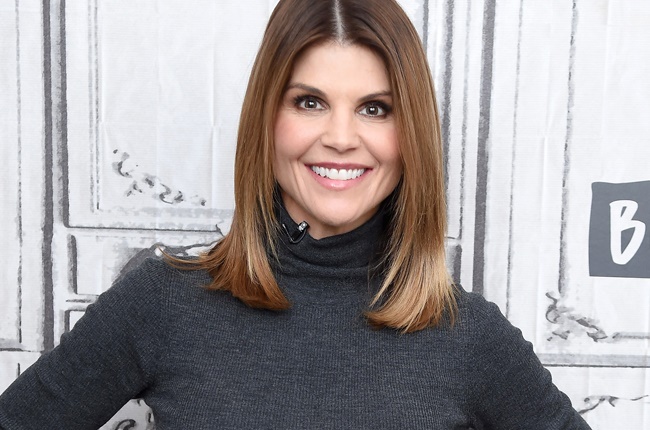 American actor Lori Loughlin was given a two-month prison term Friday after admitting to conspiracy to commit fraud as part of her role in a sprawling college admissions scandal.

Lori -- best known for playing Aunt Becky in the 1980s-90s hit sitcom Full House -- and her husband, designer Mossimo Giannulli, were among some 50 people indicted over an elaborate scam to secure spots for already privileged children at prestigious US universities.

Dressed in a white blouse and a gold pendant necklace, Lori apologised through tears during her sentencing hearing for her "awful decision", saying: "I went along with a plan to give my daughters an unfair advantage."

"I thought I was acting out of love for my children," she added. "But in reality it only undermined my daughters' abilities and accomplishments."

Mossimo, 57, will serve five months and must surrender the same day as his wife. His sentence included two years of supervised release, a $250 000 (R4.2 million) fine and 250 hours of community service.

Both hearings took place via Zoom video conference due to the coronavirus pandemic.

In delivering both punishments Nathaniel Gorton, a federal judge in Boston, accepted their plea deals and followed the prosecution's sentencing recommendations.

Gorton said he was "dumbfounded" that someone with "a fairytale life" now stood before him "a convicted felon".

"And for what?" the judge asked. "For the inexplicable desire to grasp even more, to have whatever prestige and instant gratification that comes from being able to show off the admission of your daughters to a preferred university."

"We can only hope that you will spend the rest of your charmed life... making amends for the system that you have harmed," he told Lori.

Friday's hearings end a legal saga that saw Lori and her husband admit to paying $500 000 (R8.5 million) to gain admission for their two daughters at the University of Southern California as recruits to the crew team -- a sport neither had ever trained in.

Lori was among the most high-profile personalities indicted in the wide-reaching case. She and her husband were initially charged with conspiracy to commit money laundering, bribery and transfer funds.

The actor said she had realised her actions only served to "exacerbate existing inequalities".

"I am truly, profoundly and deeply sorry," she said. "I'm ready to face the consequences and make amends."

"I will do everything in my power to redeem myself and use this experience as a catalyst to do good and give back for the rest of my life."

The ringleader behind the college admissions scam, William "Rick" Singer, who authorities say was paid about $25 million (R428 million) to bribe coaches and university administrators, has pleaded guilty and is cooperating with authorities.

Before accepting plea deals, Lori and Mossimo spent more than a year insisting on their innocence, saying Singer led them to believe the funds were not for bribes, but a donation of sorts to the university.

In admitting guilt the pair were spared from potentially much stiffer sentences: their original charges carried penalties of up to 45 years in prison.

Of the 55 people charged in the scandal, 41 have pleaded guilty, mostly receiving punishments of less than a few months behind bars.

Actress Felicity Huffman of Desperate Housewives fame was released last October from prison, after serving 11 days of a two-week sentence at a low-security California facility for her role in the scam.

She had admitted during a tearful court appearance to paying $15 000 (around R257 000) to boost her daughter's SAT college entrance exam score.

We live in a world where facts and fiction get blurred
In times of uncertainty you need journalism you can trust. For only R75 per month, you have access to a world of in-depth analyses, investigative journalism, top opinions and a range of features. Journalism strengthens democracy. Invest in the future today.
Subscribe to News24
Related Links
Megan Thee Stallion claims rapper Tory Lanez shot her
Bella Thorne joins OnlyFans
Heidi Klum files emergency documents against Seal, claims he won't let her fly kids to Germany
Next on Channel24
Kim Kardashian says she will forever be Kanye West's biggest fan