If you're of the few people who has yet to come across the latest trend to completely take over the internet, the challenge sees someone post a picture of themselves in the past next to one taken a decade later, usually to show their glow up.

Mariah Carey said she doesn't quite get the challenge though.

Posting two of the exact same pictures of herself on Twitter, the All I Want For Christmas Is You hitmaker, whose Christmas song recently topped the US charts after 25 years, said, "Time is not something I acknowledge."

I don't get this 10 year challenge, time is not something I acknowledge. ??‍?? *Picture taken at some point prior to today pic.twitter.com/f5XUye3Hot

Twitter had a field day with the tweet. Though some praised the 49-year-old calling her the "queen of not ageing and defeating the rules of time", adding, "Time? I don't know here", others made a meme of her statement.

One wrote, "Teacher: Where's your assignment? It was due yesterday.

"Me: Time is not something I acknowledge."

Another wrote, "Boss: You're late for work.

"Me: Time is not something I acknowledge."

But the die-hard fans came to her defense. One user commented that she wouldn't look so good if she weren't airbrushed to which another responded, "Mariah doesn't get airbrushed. Air is lucky to get brushed by Mariah."

Related Links
After 25 years, Mariah Carey's 'All I Want for Christmas Is You' tops US charts
Mariah Carey just broke 3 Guinness World Records with a song that you've probably heard a million...
WATCH: Mariah Carey already has a Christmas ad out and it's a must-watch!
Share
Next on Channel24
Disney star Sebastián Athie, 24, dies 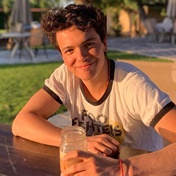