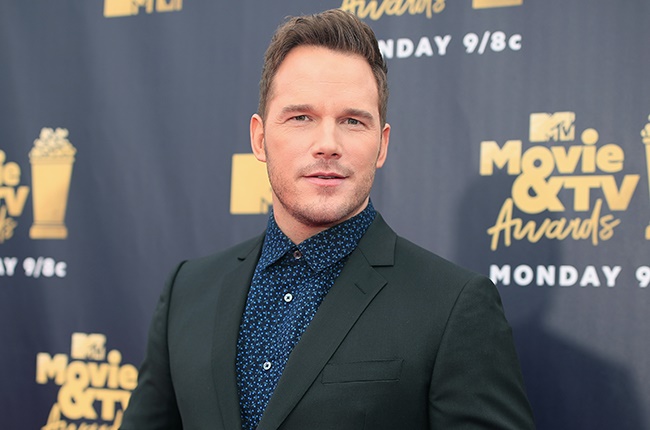 Mark Ruffalo and Robert Downey Jr. are defending their friend and Avengers co-star.

See, it all started over the weekend when a tweet from screenwriter and television producer Amy Berg shared photos of Chris Evans, Chris Pine, Chris Pratt and Chris Hemsworth.

"One has to go," she wrote, reigniting the debate of which of Hollywood's Chrises is the worst of the Chrises.

One has to go. pic.twitter.com/HUWnbQOA43

According to E! News, one Twitter user commented that the Guardians of the Galaxy actor "was banished from Chris Island years ago," while another said: "Y'all know the answer is always Pratt."

Some even said Chris Messina and Chris Pang had bumped the star down the list. "Chris pratt is out, Chris Messina is in for a 16-month trial run," they wrote.

The other Chris’s watching the Chris Pratt drama pic.twitter.com/JqwaeVniTg

But now, it seems the entire MCU – and Katherine Schwarzenegger – are coming to Chris Pratt's defence, with Mark Ruffalo commenting on the drama on Twitter: "You all, @prattprattpratt is as solid a man there is. I know him personally, and instead of casting aspersions, look at how he lives his life. He is just not overtly political as a rule. This is a distraction. Let's keep our eyes on the prize, friends. We are so close now."

Noting that many are taking issue with Chris' political views, Robert Downey Jr. wrote on Instagram: "What a world... The "sinless" are casting stones at my #brother, Chris Pratt... A real #Christian who lives by #principle, has never demonstrated anything but #positivity and #gratitude…

"AND he just married into a family that makes space for civil discourse and (just plain fact) INSISTS on service as the highest value.

"If you take issue with Chris,,, I've got a novel idea. Delete your social media accounts, sit with your OWN defects of #character, work on THEM, then celebrate your humanness... @prattprattpratt I #gotyerbackbackback."

Chris' wife, Katherine, also commented on the drama, writing on Instagram: "Is this really what we need? There's so much going on in the world and people struggling in so many ways. Being mean is so yesterday.

"There's enough room to love all these guys. Love is what we all need not meanness and bullying. Let's try that."

We live in a world where facts and fiction get blurred
In times of uncertainty you need journalism you can trust. For only R75 per month, you have access to a world of in-depth analyses, investigative journalism, top opinions and a range of features. Journalism strengthens democracy. Invest in the future today.
Subscribe to News24
Related Links
The sex tape, the OJ trial and more – a sneak peek at Kim Kardashian's tell-all with David Letterman
Teen Wolf's Tyler Posey on attending sex parties and his battle with sobriety
Next on Channel24
PHOTOS | Kourtney Kardashian and Travis Barker share more loved-up pics from their engagement