According to E! News, the British actress appeared to debut a growing baby bump on Thursday, when attending a Chanel-hosted cocktail party in Paris. 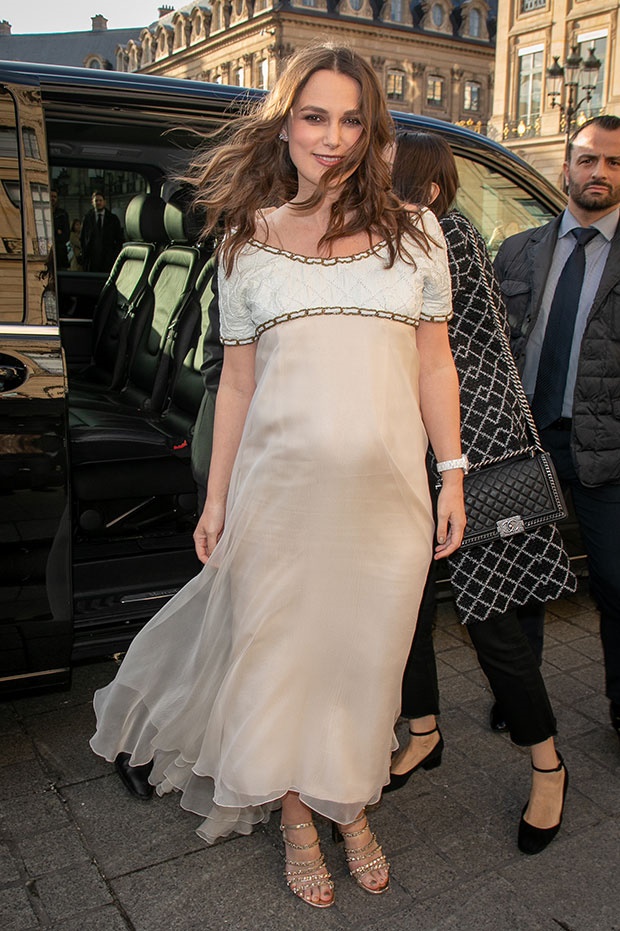 The couple welcomed their first child, a baby girl named Edie, in May 2015. Speaking to ELLE magazine about becoming a mother in August 2015, Keira said: "The love thing is astonishing. It's very primal, primal love. That's quite extraordinary. And the ability to have no sleep and continue going. It's not pleasant - I never thought that I could actually do it from the amount of time that I've done it."

In her essay, Keira appears to share her disappointment in the  Duchess of Cambridge's appearance on the steps of St Mary Hospital's Lindo Wing hours after giving birth to daughter, Princess Charlotte on 2 May 2015.

Keira later defended her comments, saying: "I would suggest to those people in the media that they re-read the entirety of the essay and not just take one bit out of it.

"The comments that I made are completely about our culture that silences women's truths and forces us all to hide and I absolutely did not shame anybody in any way, in fact quite the opposite."

READ MORE: Keira Knightley defends her comments about the Duchess of Cambridge

Related Links
Keira Knightley on her new war drama: 'I’d never looked at the aftermath of a conflict before and...
The Aftermath
Keira Knightley says sleep deprivation helped her with her new role
Share
Next on Channel24
Kanye West had a secret meeting with Ivanka Trump, Jared Kushner, amid rumoured Republican ties