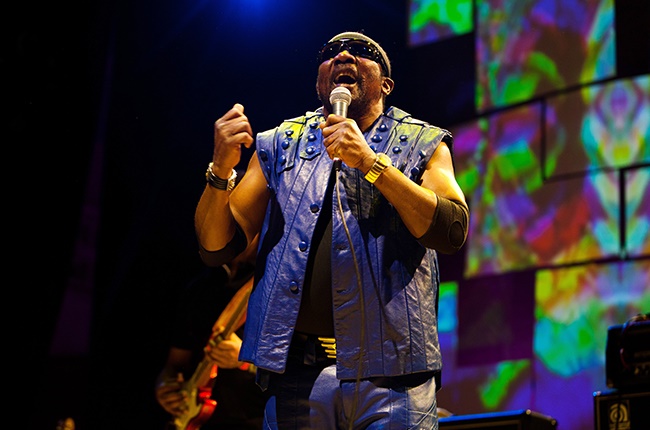 Toots Hibbert, a founding father of reggae music and credited with giving a name to Jamaica's prime cultural export, has died at the age of 77.

Hibbert, a five-time Grammy nominee, known for such hits as Pressure Drop, died Friday night in Kingston, his band, Toots and the Maytals, said on Instagram.

It is with deep regret that we share with the world heart rendering news . The Legendary Toots Hibbert has passed RIP TO THE MIGHTY AND POWERFUL NYAH FYAH BALL ??????

The cause of death was not specified, but Hibbert had reportedly been hospitalised with breathing trouble and was awaiting the results of a Covid-19 test.

Hibbert never achieved the global fame of Bob Marley but was a towering, respected and much-loved figure nonetheless, both at home and abroad as an ambassador for a global musical movement.

Over the course of his career, he performed with such musicians as Keith Richards and Eric Clapton, with a sound that evoked elements of rock, R&B, soul and gospel.

Hibbert's music symbolised a musical genre that was catchy and cheerful but still told blunt stories of everyday people fighting poverty and injustice.

He was the first artist to use the word reggae on a record - in a 1968 single entitled Do the Reggay - and says he coined it almost by accident.

"There was a slang word in Jamaica, 'streggae.' People would say, 'Oh, that girl looks streggae' (meaning ragged-looking, or worn out). Somehow I changed that to reggay," Hibbert said last year in an interview with a Pennsylvania newspaper.

The spelling got changed, but the name stuck.

In that interview, Hibbert said his music made him proud.

"With reggae music, people come together as one," he told the Ellwood City Ledger.

Hibbert's voice was often compared to those of big names in soul music.

"His voice reminds me very much of the timbre of Otis Redding. When you hear him do Pain in My Heart, it's an uncanny resemblance," the Rolling Stones guitarist said.

Hibbert was the youngest of seven children in his family and grew up singing in a gospel choir and playing a variety of musical instruments.

He had just released another album, Got to be Tough", and was performing in concerts as recently as January of this year.

Tributes for Hibbert poured in on Saturday.

Marley's son Ziggy said on Twitter that he had spoken with Hibbert a few weeks ago.

"Told him how much i loved him we laughed & shared our mutual respect. He was a father figure to me," the younger Marley said.

"His spirit is w/us his music fills us w/his energy i will never forget him," he wrote.

The Legendary Toots Hibbert has passed i spoke w/him a few wks ago told him how much i loved him we laughed & shared our mutual respect. He was a father figure to me his spirit is w/us his music fills us w/his energy i will never forget him RIP MIGHTY & POWERFUL NYAH FYAH BALL ?? pic.twitter.com/zIofrbYZU0

We live in a world where facts and fiction get blurred
In times of uncertainty you need journalism you can trust. For only R75 per month, you have access to a world of in-depth analyses, investigative journalism, top opinions and a range of features. Journalism strengthens democracy. Invest in the future today.
Subscribe to News24
Related Links
New report reveals tragic details about Naya Rivera's final moments
Vinyl sales surpass CD revenue in the US for the first time since the 1980s
Next on Channel24
Chrissy Teigen claims Michael Costello faked 'bullying' DMs between them