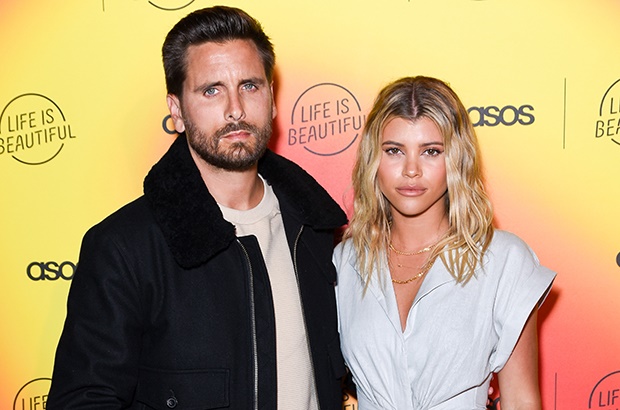 Scott Disick and Sofia Richie have called it quits.

The couple, who were first linked in May 2017, seem to be on different paths at the moment. A source told E! News "there wasn't a fight or anything bad that happened between them" – Sofia wants to "do her own thing" while Scott is focussed on "[taking] care of his health" right now.

The 37-year-old recently checked into rehab to deal with the ongoing trauma of losing his parents.

"Sofia thinks Scott has a lot on his plate right now and thinks it's best for them to be apart so he can focus on himself. She is only looking out for him and his best interest, and it was primarily her decision for them to split. Sofia has been spending time with her family and has taken majority of her stuff out of Scott's house," the insider added.

The couple has broken up many times before, and the source shared that even now, they're "in touch" and "it's very likely they will reconcile".

However, other outlets have reported that Kourtney Kardashian, with whom Scott celebrated his birthday recently along with their three kids, according to US Weekly, may have played a part in their split despite word that "there wasn't a fight or anything bad".

A source told Page Six "Kourtney didn't make it easy for [Sofia]". They added that Scott "had gone back to his old ways" and Sofia was "fed up".

We live in a world where facts and fiction get blurred
In times of uncertainty you need journalism you can trust. For only R75 per month, you have access to a world of in-depth analyses, investigative journalism, top opinions and a range of features. Journalism strengthens democracy. Invest in the future today.
Subscribe to News24
Related Links
Scott Disick secretly checks in and out of rehab, sues facility for allegedly leaking photo online
Justin and Hailey Bieber threaten to sue TikTok surgeon
See inside Khloé Kardashian's mansion that's on the market for a mouthwatering R330 million
Next on Channel24
Nicki Minaj and her son are twinning in rare photo