WATCH THIS: Because Chrissy Teigen trading banana bread for lettuce with a fan is exactly the kind of positivity you need to see today 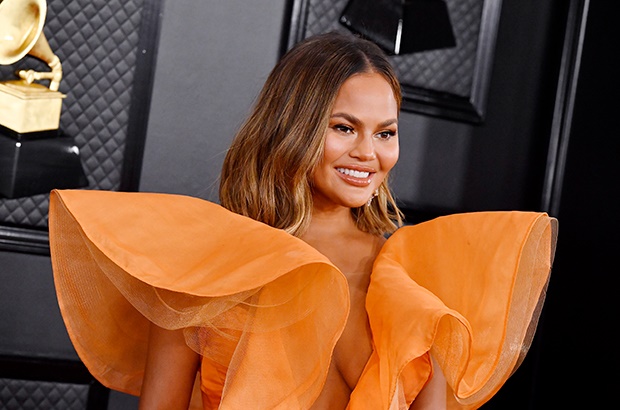 It all started with a tweet: "I’ll make a banana bread for anyone that has romaine lettuce. The trade will be made 6 feet apart and we will place the goods on the floor. No funny business," Chrissy Teigen sent out on Tuesday to her 12.5 million followers.

With the coronavirus, world leaders are urging everyone to stay indoors and self-isolate. So even grocery stores, if the errand is not particularly urgent, should be avoided. And many of the stores are struggling to keep up with all the panic buying, so we assume Chrissy may have found herself in a pickle.

So the Cravings author was happy when fans, Chris Klemens and Andrew Lowe responded to her tweet, holding up a bag with three heads of lettuce.

I have three studio city pic.twitter.com/W9PPmdJfWA

After much back and forth – Chrissy had to make sure it wasn’t an "old pic" of course – the deal was done.

And in true Chrissy Teigen style, she shared the full exchange on Twitter which shows John Legend using one of Luna’s toy cars to wheel the food over to Chris, before he, several meters away because, you know, social distancing, wheels over the lettuce.

"It was so hard not to hug you both," Chrissy ended her thread, sharing a selfie with John and the two fans.

They were significantly further away.

It was so hard not to whip out the adoption papers ?? https://t.co/ZG8Ct9R0XA

Related Links
Chrissy Teigen claims she pays Luna to pose in her Instagram snaps
Chrissy Teigen shares throwback photo of her as a cheerleader: 'I sucked'
We had no idea John Legend is going to star in 'This Is Us' – and neither did Chrissy Teigen
Share
Next on Channel24
Viola Davis buys former childhood home – that used to be a slave plantation – on her birthday