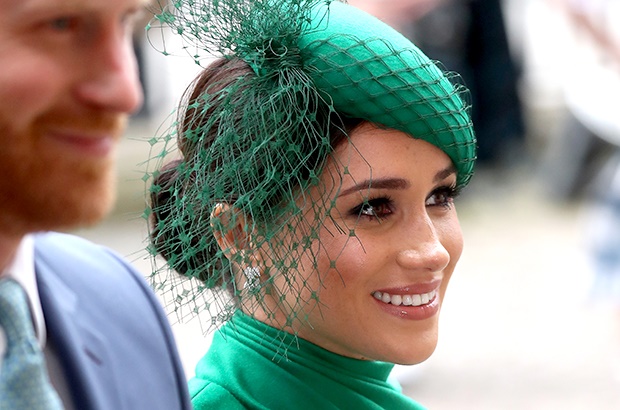 The Mail on Sunday called for the judge in their case against Meghan Markle to "strike out" parts of her lawsuit when proceedings kicked off on Friday.

With social distancing restrictions amid the coronavirus pandemic, the hearing was held via Microsoft Teams, reports USA Today, and saw journalists and lawyers for Associated Newspapers tell Justice Mark Warby that accusations of "dishonesty and malicious intent" should be thrown out.

The hearing comes after Harry and Meghan announced their intention to take legal action in October last year after a letter to Meghan's father was published - the couple's legal team says the letter was "self-evidently private and confidential", there was a breach of data protection and copyright, and the publication intentionally published only excerpts that would reflect negatively on the duchess, reports ITV News. Associated Newspapers claims the release of the letter was in the public interest as Meghan was a member of the royal family at the time.

Further, Associated Newspapers also wants claims that they were "deliberately seeking to dig up or stir issues between her and her father" as well as a claim by Meghan that they acted with "malicious intent" to label her as a "showman and a narcissist" thrown out.

Meghan reportedly submitted other articles about her that featured in the Daily Mail, Mail on Sunday and Mail Online to support her claims. These stories included ones about her background in LA, palace employees quitting because she was "difficult", and claims that the London mosque she worked with had terrorist connections.

Before Friday's proceedings, Harry and Meghan cut off all contact with various British tabloids, including the Daily Mail, and revealed text messages sent from them to Meghan's father, Thomas Markle, pleading with him to talk to them and not to the press.

While their legal battle continues and may require them to be present at hearings in future, Harry and Meghan are currently settling into their new life in Los Angeles and, for the most part, keeping a low profile.

As they gear up to launch their new organisation, Archewell, they have stepped out though, to assist those in need amid the coronavirus crisis.

The couple recently donated a large sum of money to relief efforts and delivered meals to residents in LA.

"I thought that tall red-headed guy looked pretty familiar, and that girl was very pretty. Then I saw the large black SUVs with the security guards behind them," Dan Tyrell recalled upon receiving his meal.

"They were both nice and very down-to-earth people. They had masks on, and they were dressed down with jeans, but very nice jeans."

We live in a world where facts and fiction get blurred
In times of uncertainty you need journalism you can trust. For only R75 per month, you have access to a world of in-depth analyses, investigative journalism, top opinions and a range of features. Journalism strengthens democracy. Invest in the future today.
Subscribe to News24
Related Links
Earthquake hits Harry and Meghan's new hometown
Meghan Markle makes return to the small screen and says she hopes people will be inspired to take...
Harry and Meghan send unprecedented letter cutting off British tabloid press for good
Next on Channel24
One’s home in wool! Woman recreates Queen Elizabeth’s Sandringham home in a knitted wonderland