Cape Town – Prince William and Kate Middleton have emerged from the hospital with their new bundle of joy.

As with Prince George and Princess Charlotte, the couple stood and posed for photos on the steps of the St Mary’s Lindo Wing, allowing the public a first glimpse of their newborn. 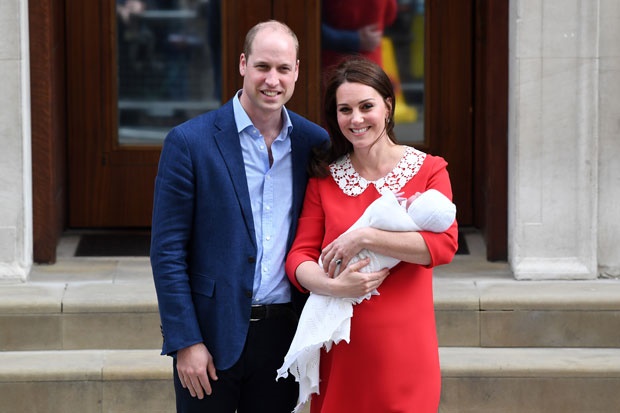 Shortly before introducing their baby to the public, Prince George and Princess Charlotte were photographed arriving to meet their new little brother.

The Duke and Duchess later thanked all hospital staff for "the care and treatment they received" as well as the public for their "warm wishes".

Their Royal Highnesses would like to thank all staff at the hospital for the care and treatment they have received. They would also like to thank everyone for their warm wishes.

It was announced on Monday morning that Kate had gone into early labour. Roughly four hours later, Kensington Palace announced the birth of the new Prince.

Kate gave birth to a baby boy at 11:01. Prince William was present for the birth of their son, weighing in at 3.8kg.

The royal couple are expected to reveal the name they have chosen for the newborn in the coming days.

For now, Kate, William and the fifth in line to the throne are on their way home for some much needed rest.

We live in a world where facts and fiction get blurred
In times of uncertainty you need journalism you can trust. For 14 free days, you can have access to a world of in-depth analyses, investigative journalism, top opinions and a range of features. Journalism strengthens democracy. Invest in the future today. Thereafter you will be billed R75 per month. You can cancel anytime and if you cancel within 14 days you won't be billed.
Subscribe to News24
Related Links
ROYAL BABY: Live from outside the Lindo Wing of St Mary's Hospital
The Duchess of Cambridge has gone into labour
William and Kate indulged in this sneaky treat after Prince George’s birth
Next on Channel24
Princess Charlene and Prince Albert share rare PDA moment amid divorce rumours