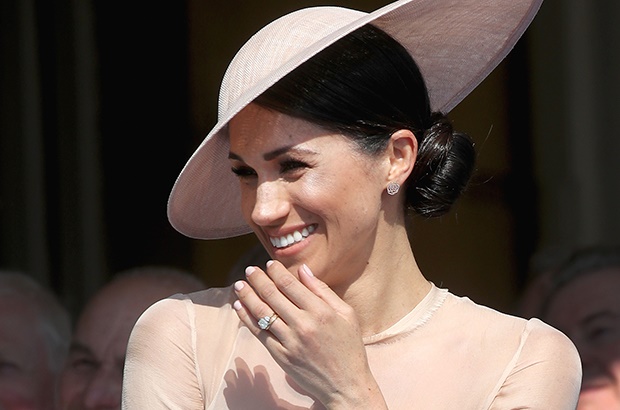 We’re sure the royals are doing plenty of indulging during lockdown as they’re huddled up in their respective homes amid the pandemic.

We’re told Harry and Meghan are self isolating with Archie at Tyler Perry’s Beverly Hills home, while Prince William and Kate are staying at Anmer Hall with Prince George, Princess Charlotte and Prince Louis. Prince Charles and Camilla are up at the queen’s Scotland home, while Her Majesty is enjoying spending time with Prince Philip at Windsor Castle.

Sources say the queen is particularly loving being able to go riding and sitting down at the dinner table every night for a meal with her husband. And we’re sure there’s chocolate perfection pie too – considering it is, after all, the queen’s greatest guilty pleasure.

Darren McGrady, former royal chef, to both Princess Diana and Queen Elizabeth, says the queen is "absolutely a chocoholic". "Anything we put on the menu that had chocolate on, she would choose, especially chocolate perfection pie," he told HELLO! Magazine in 2016.

But the queen also enjoys a good sticky toffee pudding, and so too does Kate Middleton, according to Delish.

When the queen orders takeaways it’s usually none other than the humble fish and chips parcel – and other members of the royal family also prefer a more savoury treat.

Prince Charles loves his cheese and although Meghan Markle enjoys a good glass of red wine, she’s professed her undying love for french fries. "I could eat french fries all day long. And I love pasta. I love carbs – who doesn’t love a carbohydrate," she's told Best Health Canada.

And we can all relate to Prince William and Prince Harry’s guilty pleasure, which is a South African favourite, Nando's!

William is a big fan of the local restaurant chain while Harry loves the milder lemon and herb flavour.

In a moment that left bystanders "gobsmacked", the prince once casually walked into the restaurant to pick up his lemon and herb pita, with extra cheese, and a side of creamy mash, along with a double chicken wrap and chips.

"It was surreal," one customer said. "I was gobsmacked."

Related Links
Kensington Palace issues rare statement after story about 'exhausted and trapped' Kate Middleton...
'A long deployment at sea': The extreme precautions staff take to protect the queen amid Covid-19
Queen Elizabeth was once thrown in the back of a Land Rover after a security breach
Share
Next on Channel24
Meghan Markle says 'vicious' Mail on Sunday trying to expose her friends in court case