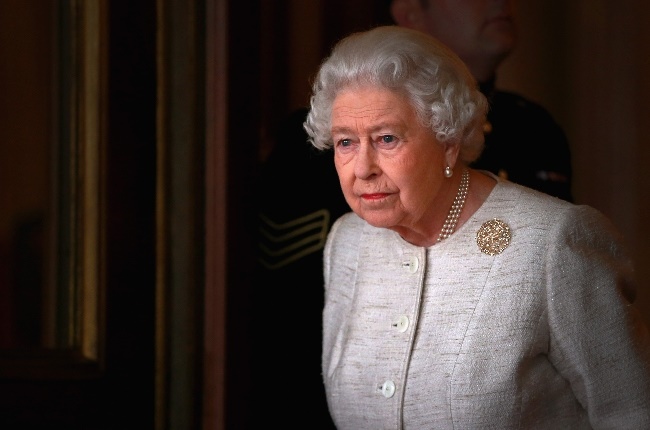 Queen Elizabeth is set to receive a bailout from taxpayers after her land and property investments took a knock in value. (Photo: Gallo Images/Getty Images)

An official portrait of Queen Elizabeth, taken by royal photographer Chris Jackson, has just been revealed.

The Canadian Government released the queen's official Canadian portrait, which sees the queen pose in a white dress with her Canadian insignia as Sovereign of the Order of Canada and the Order of Military Merit, reports People.

Canada is a Commonwealth nation, and although all member states are free and equal, Her Majesty, of course, is still the Head of the Commonwealth.

In the portrait, the queen wears a diamond and sapphire tiara with matching jewellery – the necklace and earrings, known as the 'King George VI Victorian Suite', were given to the queen as a wedding gift by her father, King George VI.

She wore said jewels during a tour of Canada in 1990.

Chris Jackson shared the portrait taken in March 2019 on Instagram saying it was an "incredible honour" to photograph the queen.

"I've been lucky enough to have visited Canada many times now with members of the Royal Family and have the fondest memories of the people I've met and the incredible, vast and beauty country that I've been privileged to get to know a small part of over the years,[sic]" he added.

We live in a world where facts and fiction get blurred
In times of uncertainty you need journalism you can trust. For only R75 per month, you have access to a world of in-depth analyses, investigative journalism, top opinions and a range of features. Journalism strengthens democracy. Invest in the future today.
Subscribe to News24
Related Links
The queen's secret plan for Harry and Meghan to live in SA before things went horribly wrong
Prince Philip's unwavering dedication to royal duty and his secret letters to Diana
Next on Channel24
Investigation concludes Prince Charles' aide did coordinate with 'fixers' in cash-for-honours scandal