OPINION: Calling it Megxit unfairly puts yet another target on Meghan’s back

Herman Eloff, the Lifestyle and Entertainment Editor of News24, takes a deeper look at why Meghan will unfairly suffer the brunt of the backlash over the royal couple’s decision to follow their own path.

Cape Town - It’s being called Megxit – an abomination of a word that not only compares the latest British royal shocker to the U.K.'s controversial decision to leave the European Union (EU), but also puts the blame of the latest upheaval firmly on the shoulders of a woman that’s already suffering under the scrutiny of the British media.

The Duke and Duchess of Sussex in a joint statement late on Wednesday night announced on Instagram that they will be stepping down from their "senior" roles within the royal family and split their time between Britain and North America as well as seek "financial independence".

The unexpected announcement sent shock waves around the world as one of the most well-known royal couples made public their intentions to step out of the spotlight.

The statement itself was made in the evening, probably to accommodate the time difference between Britain and America. Royal statements are rarely ever made late at night, unless in extreme circumstances, to accommodate the printing deadlines of the British press.

It also came shortly after Harry and Meghan returned from a six-week break in Canada and after they had met with the Canadian High Commissioner, Janice Charette in London.

Meghan, who grew up in California and whose mother resides in Los Angeles, has a deep connection to Canada and Toronto, specifically, where she filmed the hit show Suits before meeting Prince Harry. When they started their romance, the couple spent a lot of time together in Canada.

Because of this history the tabloids will undoubtedly link the latest announcement to Meghan and unfairly paint her as the villain. In fact, they’ve already blamed Meghan for the rift between Harry and his brother Prince William - which the Duke of Sussex described as him and his brother being "on different paths".

The media scrutiny and negative press last year reached such levels of intensity that Prince Harry took the unprecedented step of pursuing legal action against several British publications for invading Meghan’s privacy. "My deepest fear is history repeating itself," the duke said in a statement. "I lost my mother and now I watch my wife falling victim to the same powerful forces."

Adding fuel to the fire is the very brief statement by Buckingham Palace in reaction to the royal couple’s announcement. In it the palace states: "Discussions with The Duke and Duchess of Sussex are at an early stage. We understand their desire to take a different approach, but these are complicated issues that will take time to work through."

If Buckingham Palace’s statement says anything it indicates that the decision was rushed and had not gone through all the channels of approval just yet. Once again making it look like there was pressure for the Sussex’s to exit the royal family sooner rather than later. 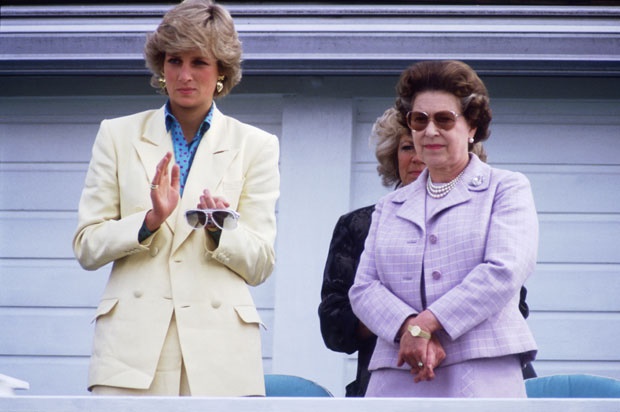 (THE PRINCESS AND THE QUEEN: A photo from the archives of Princess Diana and Queen Elizabeth. Photo: Getty Images)

This shows that Queen Elizabeth II wasn’t at all ready for the announcement to be made public and it wasn’t sent out with her final seal of approval. Harry and Meghan are carving out their own path with or without the queen’s blessing – which isn’t something the monarchy will react favourably to.

This is something Princess Diana also experienced when she started to move further away from the royals after her divorce from Prince Charles in 1996. Diana was caught in an inferno of media hate when she tragically died in a car crash in Paris, France in 1997 whilst trying to escape the paparazzi. Royal "rebels" are often left out to fend for themselves once they decide to step out of the inner-circle.

With Harry being only sixth in line to the throne and his son Archie Harrison Mountbatten-Windsor seventh, the queen probably would agree to let Harry and Meghan do as they desire but, I can imagine, only with very strict guidelines from the royal household.

When Harry and Meghan announced in 2019 that Archie wouldn’t be taking on a royal title the queen respected their decision and understood that they want a more normal life for their son who will never have to attend royal engagements, duties or patronages. 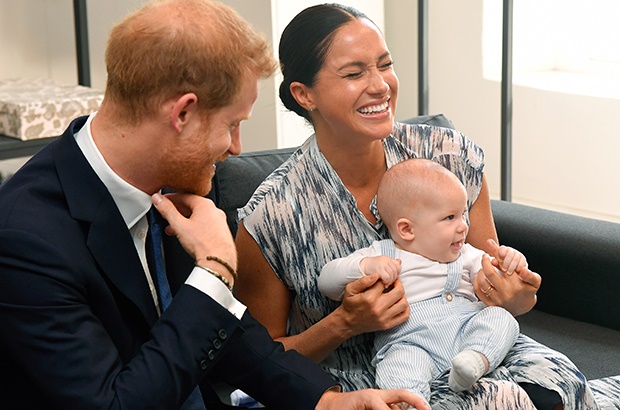 As a woman of colour entering the royal family Meghan has had to endure more hate and backlash than any other royal in history. Even Prince Andrew, who is wrapped up in the middle of the Jeffrey Epstein sex scandal, isn’t even receiving half of the scrutiny that Meghan has to endure and all this just because she’s asking for a normal life.

Then there’s Meghan’s father and estranged sister’s disgusting media circus that painted the former actress as the reason for the Markle family’s break-up and her previous marriage to Trevor Engelson that only lasted from 2011 to 2013.

Collectively this random sequence of events will all be weaved together and used as ammunition against Meghan. Despite Prince Harry’s very best intentions to protect his family, he has now unwittingly put the target firmly on his wife’s back. The timing and the way in which the royal shake-up played out will unfairly count against Meghan. This was definitely not the right time to make such a big shift, but, then again, would there ever be a right time when the tabloids have already chosen their villain?

OPINION: Will Harry give up his title? Will Meghan return to acting? I sincerely hope so

ALSO READ: From war on the tabloids to Archie not getting a royal title - How Meghan and Harry are creating their own path

Related Links
OPINION: Will Harry give up his title? Will Meghan return to acting? I sincerely hope so
Will the Duchess of Sussex return to acting after withdrawing from royal duties?
The queen responds to Harry and Meghan's decision to step back from the royal family: 'These are...
Share
Next on Channel24
Prince Andrew called upon again as Jeffrey Epstein's ex-girlfriend Ghislaine Maxwell gets arrested