PHOTOS: Everyone's talking about Harry and Meghan's romantic moment in the rain Harry and Meghan are both back in the UK. The couple attended the first of their last official engagements on Thursday night when they made an appearance at the Endeavor Awards.

Though it was a special night for everyone who attended – including veteran Danny Holland who got down on one knee to propose to his girlfriend – Harry and Meghan had a moment of their own.

With Meghan in a bright turquoise blue Victoria Beckham dress and Harry matching in a crisp blue suit, the Duke and Duchess smiled and waved before cameras caught a glimpse of them looking adoringly at one another.

Harry held an umbrella up, with the rain pelting down, in a scene that looked like something straight out of a romantic comedy.

SEE THAT MOMENT AND MORE PICTURES OF THEIR ARRIVAL HERE: 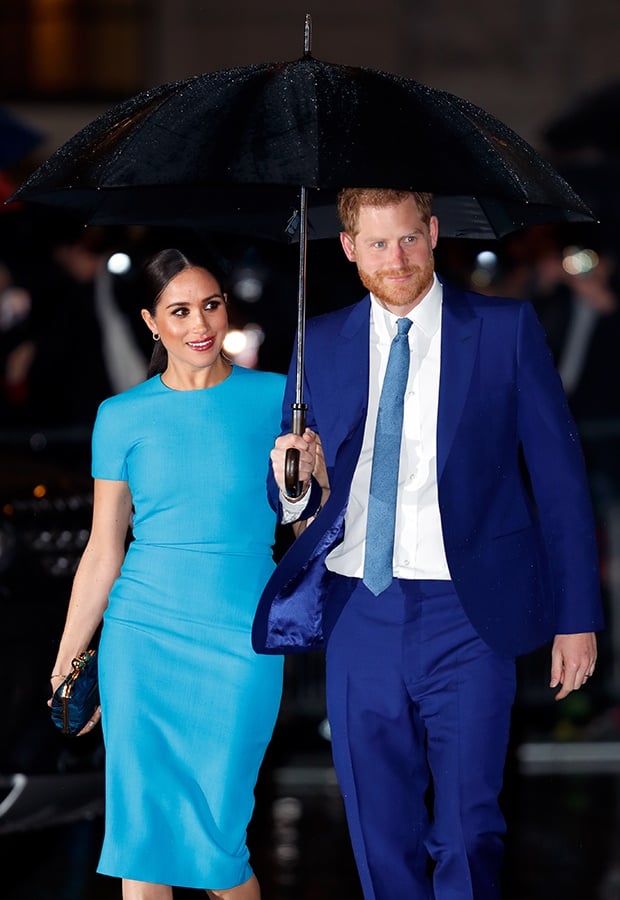 We live in a world where facts and fiction get blurred
In times of uncertainty you need journalism you can trust. For 14 free days, you can have access to a world of in-depth analyses, investigative journalism, top opinions and a range of features. Journalism strengthens democracy. Invest in the future today. Thereafter you will be billed R75 per month. You can cancel anytime and if you cancel within 14 days you won't be billed.
Subscribe to News24
Related Links
WATCH: Harry and Meghan attend their first engagement back in the UK – and witness a proposal!
Meghan joins Harry in the UK for the first time since royal split announcement
Queen says Harry and Meghan will be 'welcomed back with open arms' if they want to rejoin royals
Next on Channel24
Crossbow intruder wanted 'to kill queen', court hears