Queen Elizabeth takes her seat as she waits for the funeral service of her husband, Prince Philip, to begin.
Photo: Getty Images

The royal family walked behind Prince Philip's coffin on Saturday before the Duke of Edinburgh was lowered into the Royal Vault at St George's Chapel at Windsor Castle following a 50-minute service attended by just 30 guests.

Prince Philip, husband of Queen Elizabeth II, died on Friday, 9 April, at the age of 99.

The queen, who will celebrate her 95th birthday next week, was seen for the first time since his death, dressed in mourning black, with a black face mask.

Though many were focused on the internal struggles within the firm, namely, the royal rift between Prince William and Prince Harry, who returned to the UK from California for his grandfather's funeral, cameras showed the brothers unite and walk side by side with the Duchess of Cambridge after the family bid their final farewell to the Duke of Edinburgh.

SEE THE MANY POIGNANT MOMENTS FROM THE FUNERAL SERVICE OF PRINCE PHILIP HERE: A bespoke Land Rover designed by the prince himself, carries him to St George's Chapel.
Photo: Getty Images 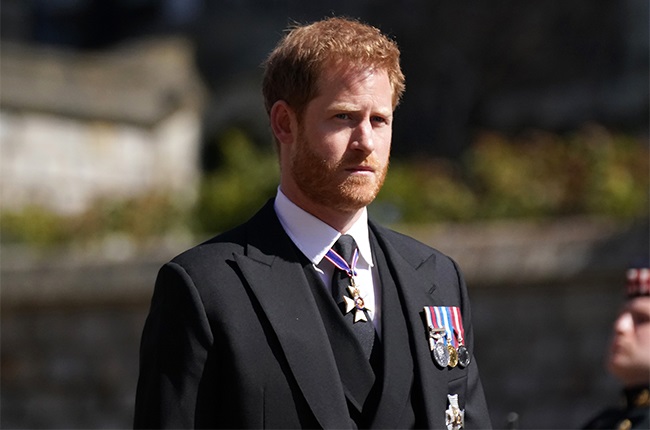 Prince Harry attended the funeral service, while Meghan Markle remained in the US amid her pregnancy.
Photo: Getty Images Queen Elizabeth takes her seat as she waits for the funeral service of her husband, Prince Philip, to begin.
Photo: Getty Images
We live in a world where facts and fiction get blurred
In times of uncertainty you need journalism you can trust. For only R75 per month, you have access to a world of in-depth analyses, investigative journalism, top opinions and a range of features. Journalism strengthens democracy. Invest in the future today.
Subscribe to News24
Next on Channel24
Controversial Princess Diana interviewer Martin Bashir leaves BBC amid investigation