PICS: From Archie to Prince George - The royal kids have a ball at polo match

Cape Town – Little Archie attended his first ever polo match with his parents.

The two-month-old was cradled in his mother's arms as she cheered on Prince Harry and Prince William at a charity match on Tuesday at a polo club in Surrey.

Meghan was the doting mom as soothed and kissed the tiny tot on his forehead.

The Duchess of Cambridge also attended the event with her three children, Prince George (5), Princess Charlotte (4) and Prince Louis (1)

According to the DailyMail, the brothers were on opposing teams at the King Power Royal Charity Polo Day which was held in honour of the late Leicester City owner Vichai Srivaddhanaprabha, who died in a helicopter crash in October 2018.

The match will help raise funds for charities supported by William, and Harry reports People. 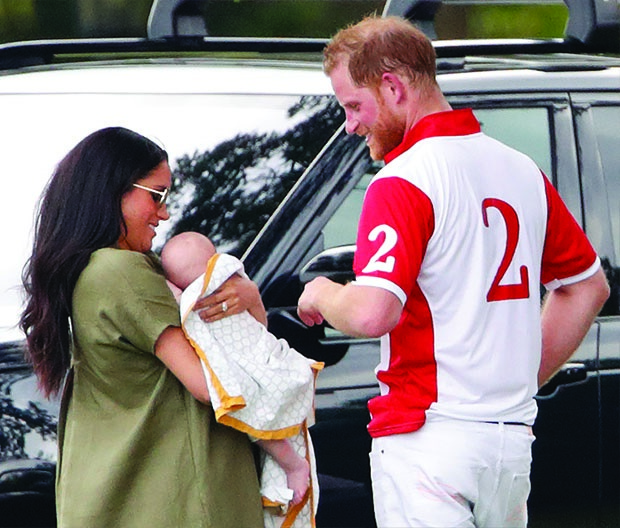 READ NEXT: Archie's official christening photos with royal family have been released