PICS: Prince Harry arrives in Netherlands a day after introducing son Archie to the world

Cape Town – Just a day after making the first public appearance with his new family of three, Prince Harry is back to work.

The British royal arrived at The Hague, Netherlands on Thursday morning for the launch of the ‘2020 Invictus Games’ one-year countdown. As previously reported, Harry's scheduled trip to the Netherlands this week was cut short due to his son's birth.

Meghan gave birth on Monday, 6 May. The couple then introduced the royal baby to the public during a photo call in St. George's Hall in Windsor on Wednesday.

READ MORE: Royal Baby Sussex: From his first photos to his unique name

On the same day, the Duke and Duchess announced that they have named their son Archie Harrison Mountbatten-Windsor, after introducing the 2-day-old to his great-grandmother, Queen Elizabeth.

During the day trip's formalities, Harry was gifted a personalised vest for newborn Charlie and his reaction was absolutely priceless. 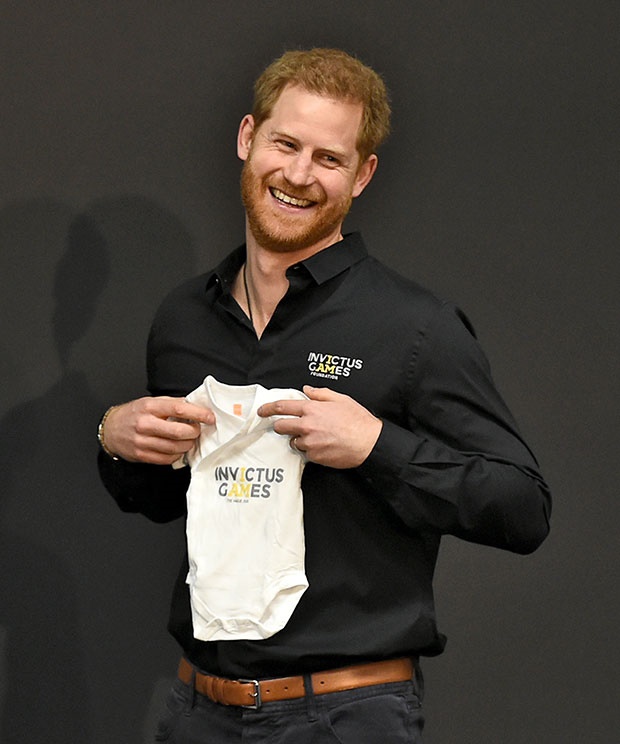 The Duke and Duchess of Sussex introduced their newborn son to the world two days after his birth. See the adorable snaps here.