PICS: The Duke and Duchess of Sussex kick off Australian tour

Sydney — The Duke and Duchess of Sussex have started the first day of official engagements on a royal tour of Australia.

Meghan wore a tight-fitting cream dress by Australian designer Karen Gee that barely revealed a royal bump as they were welcomed at an event Tuesday.

The news of the pregnancy was announced after Prince Harry and the American former actress arrived in Sydney 15 hours before their first public function.

Among those taken by surprise were their Sydney hosts Governor-General Sir Peter Cosgrove and Lady Lynne Cosgrove. 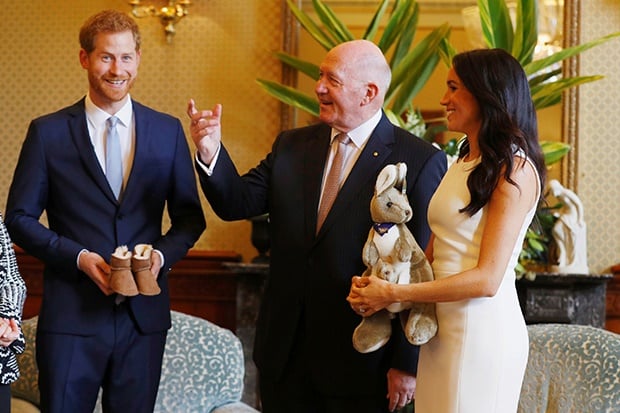 After meeting with the Governor-General the couple attended a special ceremony at the Taronga Zoo. Thereafter the Duke and Duchess greeted thousands of fans including war widow Daphne Dunne who Prince Harry has met before during his 2015 and 2017 trips to Australia. 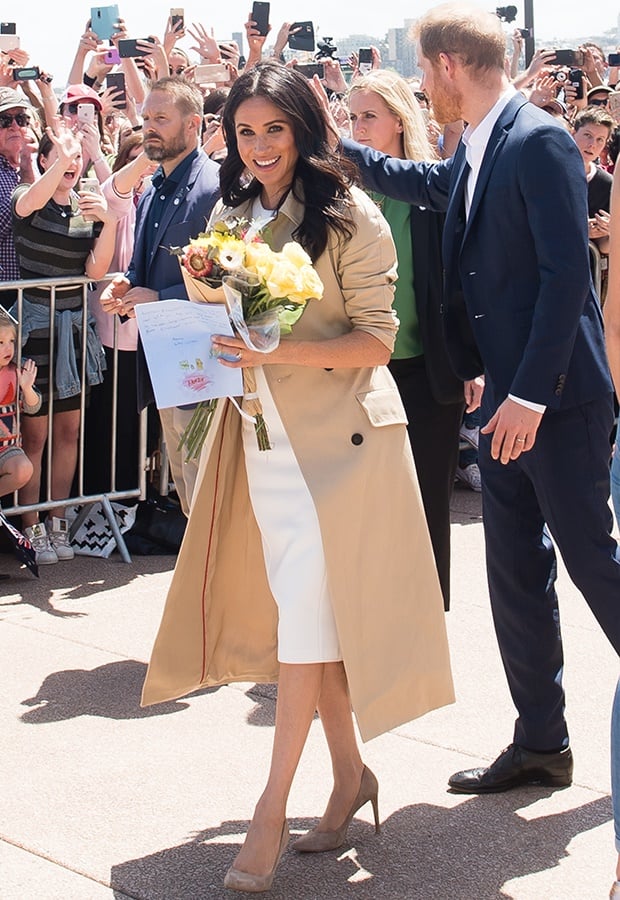 The royal couple ended their walkabout with a tour of the Sydney Opera House. Related Links
Meghan and Harry's royal baby in numbers
All the signs that Meghan was expecting
WATCH: Prince Harry and Meghan arrive in Sydney for official visit
Share
Next on Channel24
Royals in lockdown: William and Kate get a tan and Beatrice goes blonde!