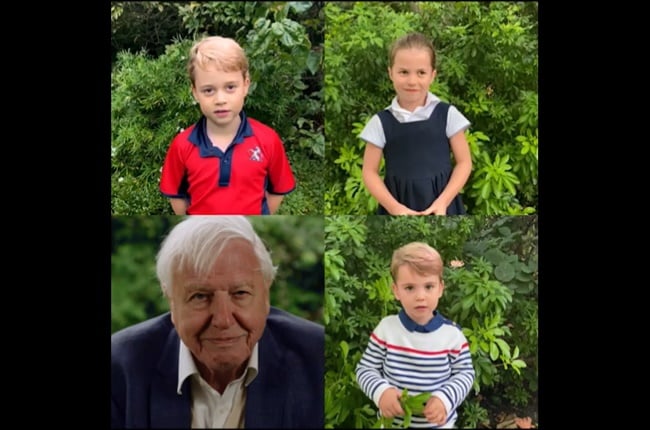 In a new video posted on the Kensington Royal Instagram account the young royals find out from the veteran broadcaster, and natural historian which animal he thinks will become extinct next, his thoughts on spiders and what his favourite animal is.

The clip comes a week after the Cambridges met with Sir David in the gardens at Kensington Palace at an outdoor screening of his new documentary feature film David Attenborough: A Life on Our Planet.

The new film - which is available on Netflix - looks at the 94-year-old's long career exploring the globe and documenting the living world in all its variety and wonder, according to the official synopsis.

The royal children weren't the only famous fans to ask Sir David some questions.

In a new video to coincide with the film's release, several celebrities including David Beckham, Billie Eilish, Dame Judi Dench, and Maisie Williams asked him questions about his career, nature and climate change.

We live in a world where facts and fiction get blurred
In times of uncertainty you need journalism you can trust. For only R75 per month, you have access to a world of in-depth analyses, investigative journalism, top opinions and a range of features. Journalism strengthens democracy. Invest in the future today.
Subscribe to News24
Related Links
A look back at the explicit phone recordings that exposed Diana and Charles' most secret desires
UK news group wins right to amend defence in Meghan privacy case
Meghan Markle says she feels 'liberated' and doesn't pay attention to 'naysayers' anymore
Next on Channel24
Prince Harry to publish 'intimate' memoir