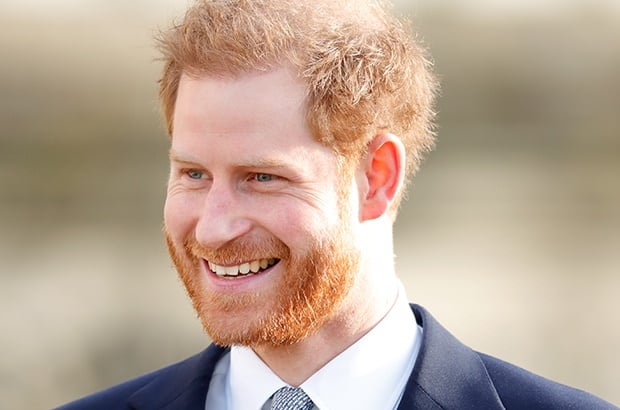 Cape Town – Prince Harry attended his first official engagement on Thursday, following the news that he and Meghan would "step back as senior members of the royal family".

His Royal Highness hosted the Rugby League World Cup Live Draw from Buckingham Palace – Prince Harry became Patron of the Rugby Football League in 2016, succeeding The Queen who held the role for 64 years.

Though it's been a challenging week for the Duke and Duchess of Sussex and the royal family, with Meghan staying in Canada while Harry meets with the queen to discuss a way forward, His Royal Highness appeared to be in good spirits for his first official engagement since the news broke.

Pictures show a smiling Prince Harry outside Buckingham Palace as he advocated for the sport and joked with kids playing outside before the draw. "Some of you are really warm. Some of you haven't been running around," he said as he posed for a team picture.

According to BBC, he also laughed and told them to look after the palace grass.

????Today The Duke of Sussex hosted the Rugby League World Cup 2021 LIVE draw at Buckingham Palace. The Duke joined Dame Katherine Grainger and Jason Robinson OBE to draw the groups for the men’s, women’s and wheelchair tournaments which will see 21 nations compete from 23 October - 27 November 2021 in 17 cities across England. The Duke also met schoolchildren taking part in a game of tag rugby league in the garden of Buckingham Palace, along with #rlwc2021 ambassadors. Visit @rlwc2021 to see the results of the Rugby League World Cup 2021 draws.

For the draw, Prince Harry was joined by ex-England player Jason Robinson and Dame Katherine Grainger in the throne room.

He spoke passionately about the sport saying, "Not only do I continue to see sport actually changing lives, but it's saving lives as well.

"Whether it's rugby league or sport in general... it needs to be in everybody's life."

Related Links
Prince Harry will be spending a lot more time in this country very soon – and it's not Canada or...
UPDATE: Prince Harry to continue discussions with the queen as Meghan settles into new life in...
Queen Elizabeth 'entirely supportive' of Harry and Meghan's decision
Share
Next on Channel24
WATCH | Meghan Markle makes impassioned speech at first event since stepping down from royal firm