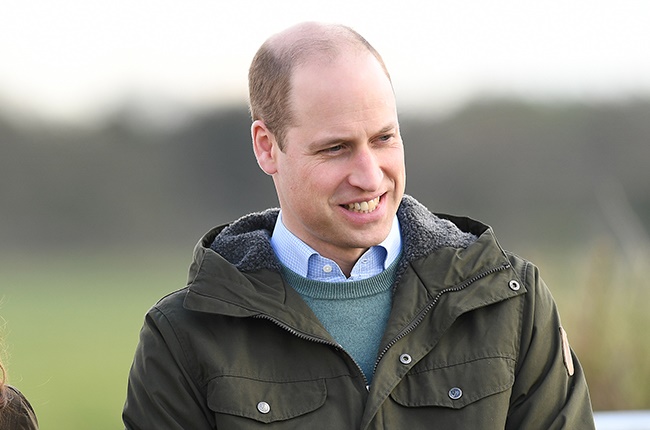 One of Prince William's focuses has always been the conservation of the planet, and after helping promote David Attenborough's new documentary, the Duke of Cambridge is starring in an ITV one of his own.

Filmed at Wolferton Marshes, at Sandringham, according to Hello! Magazine, Prince William says in Prince William: A Planet For Us All: "Seeing my children, seeing the passion in their eyes and the love for being outdoors… They find a bug or they love watching how bees are forming the honey.

"George particularly, if he's not outdoors he's quite like a caged animal. He needs to get outside."

"I thought about that the other day and I, I just thought, you know three generations of the same family saying the same thing. When will we see the action that everyone so desperately needs and wants?"

The Duke and Duchess of Cambridge shared a video of their three children over the weekend asking David Attenborough a few questions about animals, including which he thinks will become extinct next.

In the documentary, Prince William answers a few questions from schoolchildren while on a visit to Liverpool.

"Is Princess Charlotte cheekier than Prince George?" a young girl quizzed the duke.

"No they're about as cheeky as each other," he said. "They're very cheeky."

"Has Prince George learnt (sic) you the floss?" another asked.

"No, Charlotte can floss," William says of the popular dance trend before revealing Kate Middleton can floss too.

"Yeah, you don't want to see me floss," the future king said. "Catherine can floss but I can't. It's, it's like a really horrible film to watch me floss."

We live in a world where facts and fiction get blurred
In times of uncertainty you need journalism you can trust. For only R75 per month, you have access to a world of in-depth analyses, investigative journalism, top opinions and a range of features. Journalism strengthens democracy. Invest in the future today.
Subscribe to News24
Related Links
Prince George, Princess Charlotte and Prince Louis speak to David Attenborough in adorable new video
Charlotte can't contain her excitement meeting David Attenborough and George gets a special gift!
Next on Channel24
Prince Harry and Meghan Markle's daughter Lilibet Diana officially added to the line of succession