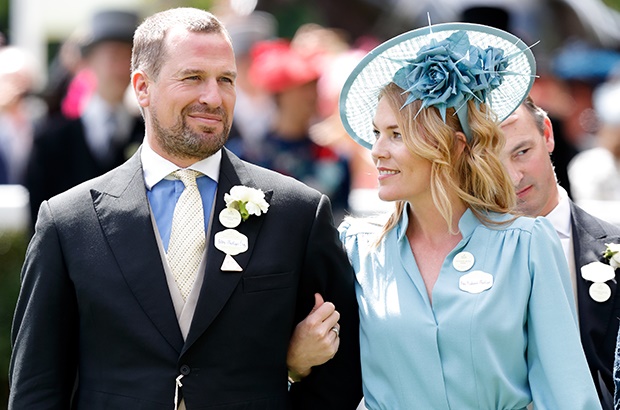 Queen Elizabeth's grandson, and 15th in line to the throne, Peter Phillips, is splitting from his wife, Autumn, after 12 years of marriage.

Peter, who is the son of the queen's daughter, Princess Anne, and Captain Mark Phillips, met Autumn in 2003. The couple went on the marry in 2008, reports People, and have two children together.

According to HELLO! Magazine, nine-year-old Savannah and seven-year-old Isla are close to Prince William and Kate's three children.

The couple will share custody of their two children, reports ITV News. A spokesperson for the family said, "The spokesperson said: “They had reached the conclusion that this was the best course of action for their two children and ongoing friendship. The decision to divorce and share custody came about after many months of discussions and, although sad, is an amicable one."

They added, "Both families were naturally sad at the announcement, but fully supportive of Peter and Autumn in the joint decision to co-parent their children."

Related Links
Queen requests Harry and Meghan return to UK
The queen’s favourite food has been revealed – and it might surprise you!
Prince Harry was the only grandson who could play this naughty prank on the queen
Share
Next on Channel24
Prince Harry and Meghan Markle looking towards new horizons as they officially depart from the royal family